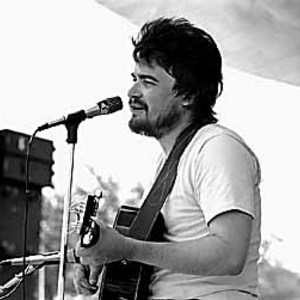 John Prine (born October 10, 1946 in Maywood, Illinois) is an american country/folk singer-songwriter who has achieved widespread critical (and some commercial) success since the early 1970s. The son of William Prine and Verna Hamm, his grandfather had played guitar with Merle Travis and he started playing guitar himself at 14 years old. He was a postman for 5 years and spent a couple of years in the army before starting his musical career in the Chicago area. He emerged in 1971 with a highly acclaimed debut album titled John Prine.

The son of William Prine and Verna Hamm, his grandfather had played guitar with Merle Travis and he started playing guitar himself at 14 years old. He was a postman for 5 years and spent a couple of years in the army before starting his musical career in the Chicago area. He emerged in 1971 with a highly acclaimed debut album titled John Prine. He and friend Steve Goodman (another folk singer-songwriter) had been minor stars in the Chicago folk scene before being "discovered" by Kris Kristofferson. The album John Prine included his signature songs "Illegal Smile", "Sam Stone", and the environmentalist newgrass standard "Paradise". The album also included "Hello In There", a song about aging that was later covered by Joan Baez, Bette Midler, and Eddi Reader, and "Angel From Montgomery", a song now also associated with Bonnie Raitt, who occasionally brings Prine on-stage with her for live performances of the song. The album received many positive reviews, and some hailed Prine as "the next Dylan". Bob Dylan himself appeared unannounced at one of Prine's first New York City club appearances, anonymously backing him on harmonica.

Later albums include Sweet Revenge (1973, containing such Prine fan favorites as "Dear Abby", "Grandpa was a Carpenter", and "Christmas In Prison"), and Common Sense (1975, with "Come Back to Us Barbara Lewis Hare Krishna Beauregard").

In 1991 Prine released the Grammy Award-winning The Missing Years, his first collaboration with producer and bassist Howie Epstein. The title song records Prine's humorous take on what Jesus did in the unrecorded years between his childhood and his ministry. In 1995 Prine released Lost Dogs and Mixed Blessings, another collaboration with Epstein. In 1997 Prine followed with In Spite of Ourselves, which was unusual for Prine in that it contained only one original song; the rest were covers of classic country songs. All were collaborations with Prine's favorite female country vocalists, including Lucinda Williams and Iris DeMent.

In early 1998 Prine was diagnosed with throat cancer, but survived after an operation to remove the tumor and this has added gravel to his voice. In 2003 he was given a Lifetime Achievement Award for songwriting by the UK's BBC Radio 2 and that same year was inducted into the Nashville Songwriters Hall of Fame. The following year saw his classic "Sam Stone" covered by Laura Cantrell for the Future Soundtrack for America compilation.

In 2005, Prine released his first all-new album since In Spite of Ourselves. This new album, Fair and Square, tends toward a more laid-back, acoustic approach than, for example, Lost Dogs and Mixed Blessings. The album contains songs such as "Safety Joe", about a man who has never taken any risks in his life, and also "Some Humans Ain't Human", Prine's protest piece on the album, which talks about the ugly side of human nature and includes a quick shot at President George W. Bush. Fair and Square won the 2006 Grammy Award for Best Contemporary Folk Album.

The 2005 Americana Music Awards marked another significant achievement for Prine. At the September 9th ceremony, Prine was honored with the Artist of the Year award, which was accepted in his name by awards host and long-time friend Billy Bob Thornton.

Live At The Other End CD2

Live At The Other End CD1

I Remember Everything (CDS)