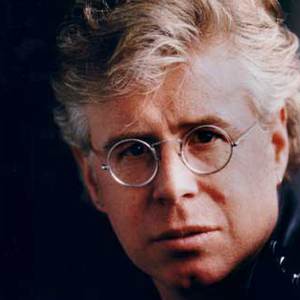 Bruce Cockburn (pronounced "CO-burn") (born May 27, 1945 in Ottawa, Ontario, Canada) has had a long and distinguished career, with much success in his native Canada. He has written songs in styles ranging from folk to jazz-influenced rock to rock and roll. Cockburn was inducted into the Canadian Music Hall of Fame in 2001. In 20012 he received the Queen Elizabeth II Diamond Jubilee Medal (in Canada the award was to honour "significant contributions and achievements by Canadians").

Cockburn's early albums were fairly straight ahead folk music spotlighting his brilliant guitar playing. In fact, there were a good number of instrumental guitar numbers on those early recordings. A Christian element came into his music around the time of the album Salt, Sun And Time, and over time his writing has taken on a stronger and stronger political orientation.

Perhaps the most consistent element of Cockburn's music has been his willingness to change and evolve over time. In this way, he is similar to fellow Canadians Joni Mitchell and Neil Young.

He has had a couple of radio hits in the United States, including (Wondering Where The Lions Are and If I Had A Rocket Launcher).

His albums in the 80s are considered some of his strongest, including Humans, Inner City Front, Stealing Fire, and Big Circumstance. After Big Circumstance he struggled with writer's block, and his output began to slow down; but he recovered with the formidable Nothing But A Burning Light, which led the way back to a sparer, more folk-oriented form of music. His later album The Charity of Night contains one of his most thoughtful songs, Pacing The Cage.

His 2006 album Life Short Call Now was preceded by Speechless, a collection of instrumentals, many of them from earlier albums. The album highlights Cockburn's prodigious abilities as a guitarist.

Cockburn's 31st studio album,Small Source Of Comfort was released in March, 2011. BruceCockburn.com called the album "an adventurous collection of songs of romance, protest and spiritual discovery. The album, primarily acoustic yet rhythmically savvy, is rich in Cockburn's characteristic blend of folk, blues, jazz and rock."