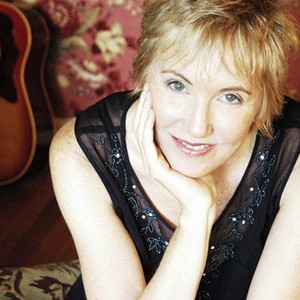 Eliza Gilkyson (born in Los Angeles, California, in 1950) is an American folk musician based in Austin, Texas. She has been recording and performing her unique blend of folk, country, and other genres since the late 1970s. She is the daughter of the late Terry Gilkyson, an accomplished songwriter noted for music he composed for Disney. She is the sister of Tony Gilkyson, who played with the Los Angeles-based bands Lone Justice and X. She has collaborated with both during the course of her career.

She received much critical acclaim for her 2005 release, Paradise Hotel, which contains songs that strike a chord with listeners in light of recent events. "Requiem" honors Hurricane Katrina and tsunami victims with hopeful pleas to the Virgin Mary, while "Man of God" is a bitter, unapologetic denouncement of President George W. Bush and his administration.

"The actions of this regime do not follow the teachings of Christ, what I call real Christianity," Gilkyson said in August 2005. "I just don't appreciate the religious right acting like I don't love God and my country just because I'm not in their corner. I'm mad and I want other people to be mad about this too."

In 2008, her album Beautiful World came out, again on Red House Records. The songs vary from pop to folk and points in-between, with songs ranging from intimate ballads to rallying cries against the imperialist machine. She recently collaborated on a new album entitled Red Horse with two of her Red House Records label-mates John Gorka and Lucy Kaplansky.

In 2011, she came out with Roses at the End of Time. Recorded at her home with the help of her son and co-producer Cisco Ryder, Gilkyson took a longer time in the studio and came out with a more eclectic and personal album. She continues to tour about 150 dates per year in the United States and overseas.
www.elizagilkyson.com

Songs From The River Wind

Roses At The End Of Time