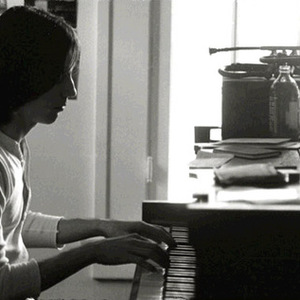 Jackson Browne (born Clyde Jackson Browne; October 9, 1948) is an American rock singer-songwriter and musician who has sold millions of albums worldwide. Coming to prominence in the 1970s, he was inducted into the Rock and Roll Hall of Fame in 2004. Browne was born in Heidelberg, Germany (his father was an American serviceman stationed in Germany), but moved to the Highland Park district of Los Angeles, California at an early age and began singing folk music locally. In 1966, his career began by joining The Nitty Gritty Dirt Band.

Browne was born in Heidelberg, Germany (his father was an American serviceman stationed in Germany), but moved to the Highland Park district of Los Angeles, California at an early age and began singing folk music locally. In 1966, his career began by joining The Nitty Gritty Dirt Band.

A precociously-talented songwriter, Browne signed a publishing contract with Nina Music, and his songs were performed by Tom Rush, Eagles, Linda Ronstadt, the Byrds and Steve Noonan, among others.

In 1971, Browne signed with Asylum Records and released Jackson Browne (1972), which included "Doctor My Eyes", a major hit. He didn't sustain pop success, though, and his next album, For Everyman (1973), while considered of high quality, was a commercial failure.

Late for the Sky (1974) established a significant audience for Browne, and fans and critics often consider this Browne's best album. Highlights include the searching title song, the elegiac "For a Dancer" and apocalyptic "Before the Deluge", the pure arrangements featuring David Lindley's evocative violin and guitar playing, and the Magritte-inspired cover. The title track was also featured in Martin Scorsese's film, Taxi Driver.

Browne released his breakthrough album, The Pretender (1976) soon after the suicide of his wife, Phyllis. Featuring livelier production by Jon Landau, the title song is a vividly described account of romanticism in a possibly losing battle with the realities of day-to-day life.

Browne began recording his next LP while on tour, and Running on Empty (1977) became his biggest commercial success. Breaking the usual conventions for a live album, it was truly made on the road, including tracks recorded on buses and in hotel rooms, with none of the songs having appeared on any of his prior albums. Running on Empty contains many renowned songs, such as the propulsive title track (Browne's biggest hit single), "The Road", "Rosie", and "The Load-Out/Stay" (Browne's affectionate and knowing send-off to his concert audiences).

In 1979, Browne was a founding member of Musicians United for Safe Energy.

Browne achieved less critical acclaim with Hold Out (1980), although it was commercially successful--his only number 1 record, and with his hit single "Somebody's Baby" from the Fast Times at Ridgemont High soundtrack. Lawyers in Love followed in 1983 and contained hints of a more political focus, especially in the mysteriously satirical title track.

Political protest came out full force in Lives in the Balance (1986), an overt condemnation of Reaganism and American policy in Central America. Flavored with new instrumental textures, it was a huge success with Browne fans, though not with mainstream audiences. World in Motion (1989) was even more politically-oriented and polarizing. Browne frequently played for causes he believed in, including Amnesty International (making several appearances on the 1986 A Conspiracy of Hope Tour), Farm Aid, and the Christic Institute.

After four years of silence and a break-up with his girlfriend, actress Daryl Hannah, Browne returned with I'm Alive, a critically acclaimed album with a more personal perspective that sold respectably, the title track being a modest radio hit. Looking East (1996) was released soon after, but was not as successful critically or commercially. The Naked Ride Home was released in 2002. On 11 May 2003, Jackson Browne made a celebrity guest star debut on the FOX series The Simpsons.

As a whole, Browne's work is marked by compelling melodies, simple, honest, and insightful lyrics, and a flair for composition rarely seen in the world of rock and roll. He is often referred to as "a thinking man's rock star."

Browne was inducted into the Rock and Roll Hall of Fame in 2004. He also participated in the Vote for Change tour in October 2004, playing a series of concerts in American swing states. These concerts were organized by MoveOn.org with the general goal of mobilizing people to vote in that year's Presidential campaign. Browne's appearances were joint performances with Bonnie Raitt and Keb' Mo', and in one instance with Bruce Springsteen. Three of Browne's albums were selected by Rolling Stone magazine as among its choices for the 500 best albums of all time.

Browne released "Solo Acoustic, Vol. 1"in 2005 and "Solo Acoustic, Vol. 2" in 2008, both on Inside Recordings. The "Vol. 1" album consists of live recordings of eleven previously released tracks and "The Birds of St. Marks," a song that does not appear on any of Browne's studio albums. The "Vol. 2" album contains roughly the same mix of twelve songs (popular hits vs. deep cuts). Interestingly, both albums also contain separately tracked "intros" to some songs, giving a brief glimpse of the intimacy between artist and audience at the shows where the songs were recorded.
http://www.jacksonbrowne.com/bio

"No one gives a shit but Jackson Browne." - Randy Newman in "A Piece Of The Pie"

The Road East - Live In Japan

Standing In The Breach