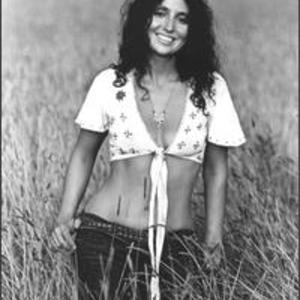 Maria Muldaur (born Maria Grazia Rosa Domenica D'Amato; September 12, 1943 in Greenwich Village, New York) is an American folk-blues singer who was part of the American folk music revival in the early 1960s. She is probably best known for her 1974 hit song "Midnight at the Oasis". She continues to record albums in the folk-blues tradition. Born Maria Garzia Rosa Domenica d'Amato on 12th September 1943 in Greenwich Village, New York, she performed in the early 1960s in Greenwich Village with Bob Dylan, John Sebastian, David Grisman, and Stefan Grossman.

Born Maria Garzia Rosa Domenica d'Amato on 12th September 1943 in Greenwich Village, New York, she performed in the early 1960s in Greenwich Village with Bob Dylan, John Sebastian, David Grisman, and Stefan Grossman. Later in the 1960s her distinctive vocals were heard in many of the tracks recorded by Jim Kweskin & The Jug Band.

She began her solo career in 1972 when her marriage to fellow Jug Band member Geoff Muldaur ended, retaining her married name. Her first solo album "Maria Muldaur", released in 1973, contained her hit single "Midnight at the Oasis", which reached number 6 on the Billboard Hot 100 in 1974. It also peaked at number 21 in the UK Singles Chart. Later that year, she released her second album Waitress In A Donut Shop. This included a re-recording of "I'm a Woman", the Leiber and Stoller number first associated with Peggy Lee and a standout feature from her Jug Band days. The title of this album is taken from a line in another song on the album, "Sweetheart" by Ken Burgan.

Around this time, Muldaur established a relationship with the Grateful Dead. Opening for some Grateful Dead shows in the summer of 1974, with John Kahn, bassist of the Jerry Garcia Band, would eventually earn her a seat in that group in the late 1970s, as a backing vocalist.

Later in her career, as her voice deepened, the blues were featured in more of her recordings. Her 2005 release Sweet Lovin' Ol' Soul was nominated for both a W.C. Handy Award and a Grammy award in the Traditional Blues Category.

Christmas At The Oasis

Heart Of Mine: Love Songs Of Bob Dylan