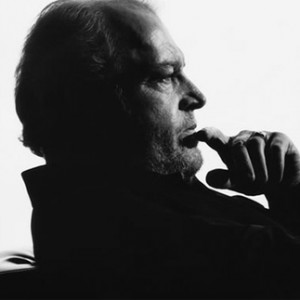 Joe Cocker OBE (born 20 May 1944 - Sheffield, England) is an English rock/blues singer who came to popularity in the 1960s, most known for his gritty voice and his cover versions of popular songs, particularly those of The Beatles. Joe Cocker is the youngest son of a civil servant. In 1961 Joe by day, worked as an apprentice gas fitter and by night, in dark suit and bow tie, became Vance Arnold singing with The Avengers in rough Sheffield pubs.

Joe Cocker is the youngest son of a civil servant. In 1961 Joe by day, worked as an apprentice gas fitter and by night, in dark suit and bow tie, became Vance Arnold singing with The Avengers in rough Sheffield pubs. The set included songs by mentor Ray Charles "What'd I Say" and "Georgia on My Mind." Vance Arnold and the Avengers biggest moment came in 1963 when they supported The Rolling Stones at Sheffield City Hall, and brought the house down.

The following year Joe left the Gas Board and released his first single, a cover of The Beatles "I'll Cry Instead." His band, Joe Cocker Big Blues, built up a large following in the north of England and ventured to France for a two month stint, playing on American airbases.

The servicemen, many from America's deep south, loved Joe. The French called him "Le Petit Ray Charles". Unfortunately when he returned home to England the bottom had fallen out of the local scene. Joe Cocker Big Blues folded.

For an entire year Joe never did a gig. Then along came the man Joe has called the greatest musician in the world, Chris Stainton. With Chris The Grease Band was formed.

Songs were written. Soon a demo found its way to Denny Cordell, the producer of The Moody Blues, Georgie Fame, and Procol Harum. Cordell liked what he heard of Joe, and soon set him up in London with a residency at The Marquee.

America loved Joe Cocker from his first television appearance on the Ed Sullivan show in 1969. The Press seized upon him. Life Magazine called Joe "The voice of all those blind criers and crazy beggars and maimed men who summon up a strength we'll never know to bawl out their souls in the streets."

However, Joe wasn't singing in the streets. He was singing at all the major rock festivals of that summer, culminating in the filmed triumph of Woodstock before half a million people (a phenomenal rip-roaring testimony to Joe Cocker in his absolute prime).

Of the ensuing "Mad Dogs and Englishmen," Joe has said: "my thoughts were off to Venus, heading for outer space." Along with Leon Russell and a menagerie of musicians, managers, roadies, wives, girlfriends, hangers on, children, a spotted dog plus a film crew, Joe played forty-eight cities in fifty-six days, to rapturous receptions everywhere.

The tour left Joe battered, exhausted, and far from Venus. He ended up, per his own words, "in a heap in Los Angeles, very disillusioned with the rock business."

In 1970, Joe sold $3 million worth of records in America alone. His first three albums went platinum and Playboy voted him number one vocalist in their annual jazz and rock poll.

Joe continued making albums and songs like "Guilty", "The Moon Is a Harsh Mistress" and "You Are So Beautiful." Songs that have become Cocker classics, all dating from the darkest days, back in the mid 1970's.

As the 80's dawned Joe was invited by The Crusaders to join them on a song they had written exclusively for him - "I'm So Glad I'm Standing Here Today." The lyrics said it all and Joe received a standing ovation when he sang the song at the Grammy Awards in February of 1982. His duet with Jennifer Warnes on "Up Where We Belong", the theme from "An Officer and a Gentleman," brought an appearance at the Oscars ceremony in February 1983 and a hit worldwide, including Joe's first American number one.

From that point on, Joe has gone from strength to strength, aided undoubtedly by the love and support of his wife, Pam, who he married in 1987. His Capitol albums from "Civilized Man" onwards have been tremendously successful. "Cocker", "Unchain My Heart" and "One Night of Sin" all turned platinum, (the latter also delivering Joe's most recent US top ten song "When the Night Comes," written by Bryan Adams). Joe's album "Night Calls", the title single penned by Jeff Lynne, turned gold and headed towards platinum all across Europe within weeks of its release in Autumn '91.

Joe Cocker has sung theme songs for movies "9? Weeks", "Harry and The Hendersons," "Bull Durham," and "An Innocent Man." In 1991 Joe recorded "Sorry Seems to Be the Hardest Word" on the Elton John/Bernie Taupin tribute "Two Rooms," which has sold over 3 Million copies worldwide.

Joe has toured extensively and to great acclaim, not the least in Europe where he enjoys a massive following. There have been awards and accolades galore.Among many prestigious shows, he has played for British royalty at a "Prince's Trust Gala," "Nelson Mandela's Birthday Concert," the "Konzert for Berlin" that celebrated the breaching of the Wall and, in his adopted homeland of America, the inauguration ceremony for President George Bush.

Joe Cocker is a survivor, a star and a rock legend. He has had hit records in the 1960s, '70s, '80s and '90s. Success has brought with it a grueling schedule of recording and touring but, after more than twenty-five years on the road he has no plans to take it easy. The future? "As long as being on stage is fun," says Joe, "as long as I enjoy that part and still get a buzz out of performing. Then I'll keep going out there."