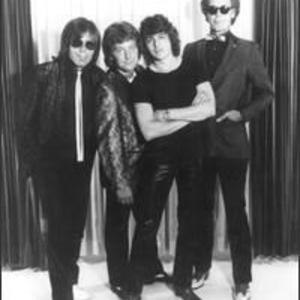 The Climax Blues Band(originally Climax Chicago Blues Band) based in Stafford, England was formed in late 1968. The original members were guitarists Derek Holt and Peter Haycock, keyboardist Arthur Wood, bassist Richard Jones and drummer George Newsome. Colin Cooper on vocals and saxophone made up the sextet. In 1970, the band shortened its name to the Climax Blues Band. The band has released eighteen albums and had a Top 10 hit in 1976 in the UK with "Couldn't Get It Right". Couldn't Get It Right also reached #3 on the Billboard Hot 100 in the US.

Climax Blues Band should not be confused with the LA session musician band Climax.

Colin Cooper was an enduring figure on the blues scene for 40 years as the leader of the Climax Blues Band. A powerful vocalist and talented multi-instrumentalist, he formed the group in 1968 at the height of the British ?blues boom? which also produced bands such as Fleetwood Mac, Ten Years After and Chicken Shack.

The group went on to enjoy Top 20 hits with Cooper's composition Couldn't Get It Right in 1976 and I Love You five years later, both of which were bigger hits in the US than in Britain. Although the band's line-up altered radically over the years, Cooper remained a constant presence, and the group was still active when he died.

Colin Francis Richard Cooper was born in Stafford in 1939. He began his professional career when he formed the R&B combo Hipster Image in 1964, taking the lead vocals and playing guitar and saxophone. After building a strong local following, the group transferred to London in 1965 taking over the Spencer Davis Group's residency at the Flamingo club, Soho, a fabled home of British R&B where Zoot Money, Georgie Fame and Graham Bond cut their teeth. They secured a recording deal with Decca in 1966 but their only single, Can't Let Her Go, failed to chart, despite being produced by Alan Price of the Animals. When the group broke up, Cooper returned to the Potteries where he formed the Gospel Truth. However, inspired by the emergence of a second wave of British blues bands such as Jethro Tull and Fleetwood Mac, Cooper and the guitarist Peter Haycock soon recast the band as the Climax Chicago Blues Band, recruiting the bass player Richard Jones, the drummer George Newsome, Arthur Wood on keyboards and second guitarist Derek Holt. The group signed to EMI in 1969 and its first two albums, on EMI's Parlophone subsidiary, were impressive exercises in the hardcore 12-bar blues style forged by the great Chicago bands who backed Muddy Waters and Howlin' Wolf, although Cooper's use of wind instruments occasionally led them into jazzier territory.

In 1970 EMI switched the band to its new, ?progressive? Harvest label, and with the popularity of the blues boom receding, Cooper and the band began to emphasise the more rock-based elements of their style on such albums as Tightly Knit (1971) and Rich Man (1972).

They also began to focus on the lucrative US market, touring in support of acts such as Canned Heat and the Steve Miller Band. After defecting from EMI to Polydor, the band had its breakthrough in 1973 via FM/Live, recorded at a New York show that was also broadcast live on radio. The recording lucidly captured their powerful stage show and was their biggest-selling album to date, catapulting them from support act to headliners. Slimmed down to a four-piece, the name was also shortened to the Climax Blues Band.

Their great success came in 1976 when Cooper's Couldn't Get It Right made No 3 in the US chart and the UK Top 10. The song was later covered by the Fun Lovin' Criminals.

Moving to Warner's, the group continued to record prolifically as an album-orientated act. They reached the US Top 20 for a second time in 1981 with I Love You, written by Holt, who left the following year to form Grand Alliance. By the end of the 1980s their popularity on the US live circuit was waning, and they began to spend more time playing on the European blues scene. The 1994 live album Blues from the Attic was evidence that they remained a potent force.

Despite suffering from cancer, Cooper continued to play with the band until weeks before his death. When not playing music, he attempted ? and usually completed ? The Times crossword every day.

He is survived by his wife and two children.