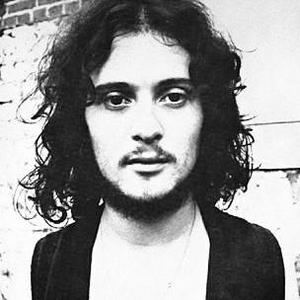 Jeremy Spencer was in the original Fleetwood Mac line-up. Born in Hartlepool in North East England, Elmore James was the young Spencer's chief influence, and it was his ability to reproduce James' distinct slide guitar sound that brought him into the first incarnation of Fleetwood Mac. He left the group midway through their 1971 U.S. tour, having joined a Christian group after professing to feel spiritually undernourished following the band's success.

After 30 years without an official album release, Spencer returned with a new album 'Precious Little', released in 2006 by Bluestown Records/Blind Pig. Dan Forte of Vintage Guitar, November 2006, stated, "Purely on its musical merits, the album, which teams Spencer with Trond Ytterbo's Norwegian blues band, would rank as the blues comeback album of the year, at the very least. Add Spencer's back-story, and it may well be the pop music comeback of the past several decades." "Precious Little" was indeed nominated as Blues Comeback Album on the year.

In 1998 Jeremy was inducted into the Rock and Roll Hall of Fame, along with the founding and present members of Fleetwood Mac. In recent years, Jeremy has performed at festivals and shows in France, Switzerland, Holland, Poland, Denmark, Mexico, Czech Republic and the USA. Referring to Jeremy's live performances, Art Tipaldi, editor for Blues Revue, commented, ?Jeremy has lost none of the fire from the Fleetwood Mac days. His slide guitar still sends chills. Every note I've heard Jeremy play showcases his great commitment to the blues. I've seen him ignite the stage with a mixture of classic Chicago blues and smart contemporary songs."

In 2010 Jeremy recorded 32 new tracks with a team of Detroit musicians, the first release on Propelz label is entitled "Bend in the Road", the double LP was released April 21, 2012 for International Record Store Day and the CD is set for release on August 28th, 2012. The material comprises traditional Blues and original compositions, some of which are instrumentals.

Live In The Studio

Bend In The Road