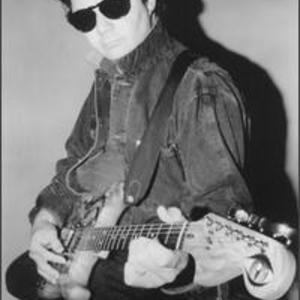 Steve Miller (born October 5, 1943 in Milwaukee, Wisconsin) is an American blues and rock and roll guitarist and performer, best known for his work leading the Steve Miller Band. Miller was born to Dr. George "Sonny" Miller, a pathologist, jazz enthusiast and amateur recording engineer, and Bertha, a jazz-influenced singer. In 1950, the family moved to Dallas, Texas. His first guitar chords were taught to him by the legendary Les Paul, pioneer of the electric guitar and also Miller's godfather. While at St.

Miller was born to Dr. George "Sonny" Miller, a pathologist, jazz enthusiast and amateur recording engineer, and Bertha, a jazz-influenced singer. In 1950, the family moved to Dallas, Texas. His first guitar chords were taught to him by the legendary Les Paul, pioneer of the electric guitar and also Miller's godfather. While at St. Mark's School of Texas, Miller formed his first band, The Marksmen. Miller taught classmate Royce Boz Scaggs some guitar chords so he could join the band; Scaggs became better known by his nickname, Boz. Miller attended the University of Wisconsin-Madison during the 1960s, where he formed The Ardells. Scaggs joined the Ardells the next year. Ben Sidran was added to the Ardells as a keyboardist the following year. Miller was only sixteen when he started college, and dropped out six credit hours shy of a literature degree. Les Paul encouraged young Miller to utilize his prodigal talents, and much of Miller's success has been attributed to Paul's tutelage during his childhood and teenage years.

Prior to forming the Steve Miller Band, Miller was in a band with Barry Goldberg called the Goldberg-Miller Blues Band. They formed in 1965, and released one single, before Miller left the band.

In 1968, Miller formed the Steve Miller Band, with Miller handling vocals, and released an album, Children of the Future, the first in a series of discs rooted solidly in the psychedelic blues style that dominated the San Francisco music scene at the time. Scaggs would leave the band after a couple of albums. Sailor, Brave New World, Your Saving Grace and Number 5 followed. These albums performed respectably on the album charts but failed to yield a hit. This first period in Steve Miller's music formed part of double album compilation "Anthology" which includes a guest appearance on drums by the then Beatle Paul McCartney on the song "My Dark Hour".

1973's The Joker marked the start of the second phase of Miller's career: more pop-oriented and simplistic, the album featured a number one hit in the U.S. in the title track as well as several other popular tunes. In fact, "The Joker" hit Number One on the UK singles chart in September 1990 after it was used on a television commercial.

Miller followed up The Joker with Fly Like an Eagle in 1976 and Book of Dreams in 1977. This pair of albums represented the peak of Miller's commercial career, both reaching the top echelons of the album charts and spawning a seemingly-endless series of hit singles, including "Rock'n Me", "Take the Money and Run", "Jet Airliner" and "Jungle Love". While critics lambasted Miller for abandoning his more ambitious approach and socially-aware lyrics for simple pop-rock and derivative blues tunes, fans gravitated towards the catchy, melodic songs in great numbers, and the Steve Miller Band co-headlined a major stadium tour with the Eagles in 1977.

On the heels of this massive success, Miller took a long hiatus from recording and touring, emerging in 1981 with Circle of Love, an ambitious album possibly intended to appease critics of his new style. Sales were disappointing, however, and in 1982 he returned to the pop formula with another hit album, Abracadabra. This was Miller's last great commercial success; a series of collections, live albums and attempts to find a new style appeared sporadically, but after 1993 Miller gave up producing records altogether. However, he collaborated with Paul McCartney on the former Beatle's 1997 Grammy-nominated album, Flaming Pie.

Welcome To The Vault CD3

Welcome To The Vault CD2

Welcome To The Vault CD1

His Will Is Coming