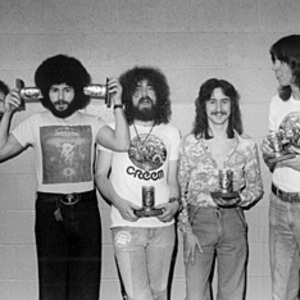 Boston is a rock band which formed in 1974 in Boston, Massachusetts, United States. Centered on guitarist, songwriter, and producer Tom Scholz, a former product designer at Polaroid Corporation and an MIT engineering student, the band's best known works include the singles "More Than a Feeling", "Peace Of Mind", "Foreplay/Long Time", "Don't Look Back", and "Amanda". Their 1976 self-titled debut is the second biggest-selling debut album of all-time in the U.S.

with more than 17 million copies sold. "Third Stage" was only the second album to ever be certified triple platinum in its first month of release, in Nov. of 1986. The first was Lionel Richie's "Dancing On The Ceiling" which did it one month earlier.

On March 9th, 2007 Brad Delp (vocals) committed suicide at his home in Atkinson, New Hampshire. He was 55. Delp sang all the lead and harmony vocals on Boston's first 3 albums. Though well known for his "golden" voice with soaring vocals and range, Delp was also a multi-instrumentalist, playing guitar, harmonica and keyboards. Additionally he wrote or co-wrote several songs for Boston and many other artists. He has since been replaced with a singer from Asia who Tom Scholz's wife heard singing Boston songs and couldn't believe it wasn't actually Brad singing.


Boston's web site is at www.bandboston.com

More Than A Feeling (Live)