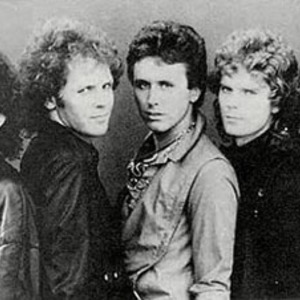 There is a lot of history to a band that has been around for over 25 years - some good and some not so good...but all of it classic! The band first came to light shortly after Paul Dean (ex-Streetheart) and Mike Reno (ex-Moxy) met in a rehearsal warehouse in Calgary, Alberta. Recognizing each other's talent and drive, they began writing together almost immediately. Keyboardist, Doug Johnson joined the duo shortly after, and in the spring of '79 the band became a quartet when Paul's old Streetheart drummer, Matt Frenette, joined the fold.

The band first came to light shortly after Paul Dean (ex-Streetheart) and Mike Reno (ex-Moxy) met in a rehearsal warehouse in Calgary, Alberta. Recognizing each other's talent and drive, they began writing together almost immediately.

Keyboardist, Doug Johnson joined the duo shortly after, and in the spring of '79 the band became a quartet when Paul's old Streetheart drummer, Matt Frenette, joined the fold. The guys headed for Vancouver and found the missing piece of the puzzle when bassist Scott Smith left his band Dalbello and LOVERBOY was formed.

Impressed with the band's demos, Columbia Records (CBS) signed them to a recording deal and in 1980 "Loverboy" was released in Canada and the US, and in Europe and Australia in 1981, garnering hits with "The Kid is Hot Tonight" and "Turn Me Loose". The band toured almost non-stop supporting that album, opening for acts like Kiss, Cheap Trick, Bob Seger, Kansas and ZZ Top.

"Get Lucky", their second effort, was released in Canada and the US in October 1981 and Loverboy headed out on the road with Journey almost immediately. At the same time, the first album was certified platinum in the US and quadruple platinum in Canada...not too shabby for a debut album!

January '82 brought their first headlining tour of the US, followed by a clean sweep of the Juno awards (Canadian Grammy) ... a record still unbeaten by any other Canadian band!!

1983 garnered two more Junos and "Keep It Up" was released selling a million copies in just over a month followed by another hectic tour!

August '85 brought the release of "Lovin' Every Minute of It". By spring, the album had sold over 2 million copies and had produced three hit singles, the albums title track, "Dangerous" and "This Could Be the Night". They topped 1986 off with a monster hit off the Top Gun soundtrack "Heaven In Your Eyes".

"Wildside" was released the summer of '87 with the song "Notorious" as the first single. Although the album is a fan favourite - with the emergence of the grunge scene it didn't do as well commercially as hoped. The band took a step back to evaluate the future and whether or not it included LOVERBOY.

Never actually disbanding, the guys went ahead with their solo careers and raising their respective families until 1993 when they reunited to do a benefit for a sick friend. After playing live together again, and with the release of a couple of greatest hits packages, Loverboy realized the spark was still there and they once again hit the road...only to find that the fans were still there as well!

The band continued to tour the casino circuit and festivals, doing over a 100 dates per year throughout the remainder of the '90s.

The year 2000 should have ended on a high note for the band... after a great season of touring, the guys wound down for the year, playing one last show on the 25th of November, a benefit for Juvenile Diabetes, raising over $62000 for research. Sadly, this would be the last time the original five members of Loverboy would play live together.

On November 30th, tragedy struck. Scott had decided to spend his time off sailing with a couple of friends. The boat hit stormy waters 4 miles off the coast of San Francisco and a rogue wave swept the boat, taking him overboard. After a two-day search by the coast guard, family and friends - Scott was declared lost at sea.

After much soul-searching and the overwhelming support of Scott's family, friends and fans from all over, the band decided in early 2001 that he would have wanted them to continue. Streetheart veteran, Ken "Spider" Sinnaeve, was the obvious choice to take Scott's place and the fans welcomed him with open arms. The band took to the road again to support the release of the album, "Live, Loud and Loose" which includes a touching tribute to Scott.

2005 brought Loverboy's silver anniversary, highlights including a performance on NBCs variety show "Hit Me Baby One More Time" and capping the year off with two wonderful moments - an award from Juvenile Diabetes honouring their hard work in raising funds for research, and induction to the West Coast Music Hall of Fame.

Which brings us to 2008, where the boys continue to tour, playing to huge crowds across Canada and the US ..