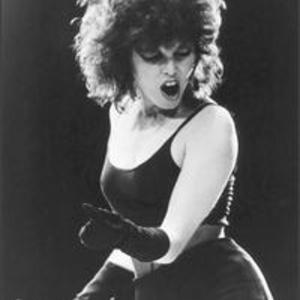 Pat Benatar is a four-time Grammy winner with six platinum and four gold albums to her credit as well as such hit singles as "I Need a Lover", "Heartbreaker", "Fire and Ice", "Treat Me Right", "Hit Me With Your Best Shot", "Hell Is For Children", "Shadows of the Night", and "Love Is a Battlefield". Benatar is acknowledged as one of the leading female rock vocalists in the industry. She was born in Greenpoint, Brooklyn, New York, USA, on January 10th 1953, as Patricia Andrzejewski and graduated Lindenhurst High on Long Island in 1971.

She was born in Greenpoint, Brooklyn, New York, USA, on January 10th 1953, as Patricia Andrzejewski and graduated Lindenhurst High on Long Island in 1971. She married her lead guitarist, Neil "Spider" Geraldo, in 1982, and has two children, Haley and Hana.

After many years of producing big budget albums, Neil and Pat have continued to produce albums together, even though they have decided to end their association with major labels. They have chosen instead to place the care of their children above industry demands, and make records at home in their own professional quality studio. Each summer when their girls get out of school for vacation, they all pack up, board a tour bus, and set out to play as many shows as they can fit into the summer months. Pat and Neil maintain a close, and much more personal, relationship with their fans, than they were able to do in 80's during the heights of their commercial success.