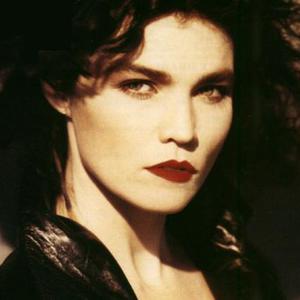 Alannah Myles (b. Alannah Byles, December 25, 1958 in Toronto, Ontario, Canada) is a Canadian musician. She grew up in Toronto and Buckhorn, where her family owns a ranch and where she also learned to ride horses. She wrote her first song at the age of eight, called "Ugly Little Cabbage in the Garden", a song meant for her sister who she was teasing. There is a story that, later in her life, she had to sell her horse to buy an Ovation guitar to play in various clubs and coffee houses. Since she came from a very wealthy family, this is unlikely.

When she was eighteen, she began performing in southern Ontario. She eventually met Christopher Ward, with whom she formed a band and performed cover songs from Aretha Franklin, Bob Seger and The Pretenders. She actually managed to get more gigs by tricking club managers into believing some of her own original songs were cover songs from other bands. Later she joined with David Tyson to complete her band.

In 1989, she released the song Black Velvet which was a hit in numerous countries, including Canada, where it went ten times platinum. In the United States, it reached #1 on the Billboard Hot 100. In total, the single sold five million records worldwide and won three Juno Awards and a Grammy Award. She also had another Top 40 hit in the US with Love Is which hit number 36. She toured for eighteen months straight, opening for various performers such as Robert Plant, Tina Turner and Simple Minds.

In February 2005, together with K2 and Kee Marcello, she participated in the third semi-final of Melodifestivalen; the Swedish national selection for the Eurovision Song Contest. Their song "We Got It All" scored very few points and finished 7th out of eight songs.

Myles had several other hits in Canada, including Love Is and Song Instead of a Kiss.