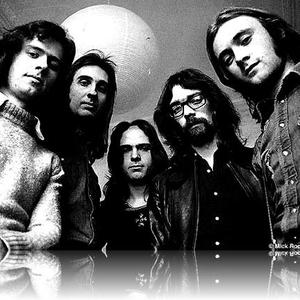 Genesis formed in 1967 in Godalming, Surrey, United Kingdom was one of the most popular progressive rock bands in the 1970s, 1980s and 1990s. During the 1970s, Peter Gabriel was the lead singer until his departure, when drummer Phil Collins stepped up to the mic and replaced him. Starting as an amalgam of two bands formed by schoolboys attending Charterhouse School in Godalming, England, the original lineup consisted of Peter Gabriel, Anthony Phillips, Tony Banks, Mike Rutherford, and Chris Stewart, though Stewart was soon replaced as drummer by John Silver and then John Mayhew.

Starting as an amalgam of two bands formed by schoolboys attending Charterhouse School in Godalming, England, the original lineup consisted of Peter Gabriel, Anthony Phillips, Tony Banks, Mike Rutherford, and Chris Stewart, though Stewart was soon replaced as drummer by John Silver and then John Mayhew. By the end of 1970, Phillips and Mayhew had left the band, with Collins joining as drummer, and by early 1971, guitarist Steve Hackett had filled the gap left by Phillips. The lineup of Gabriel, Banks, Hackett, Rutherford, and Collins remained in place until Gabriel's departure in 1975.

During the period of 1970-1975, the band produced some of the most widely-acclaimed albums of the progressive rock era, including "Nursery Cryme", "Foxtrot" (featuring the side-long epic "Supper's Ready") and the seminal album "Selling England By The Pound", which generated Genesis' first foray into the charts with "I Know What I Like (In Your Wardrobe)". This lineup culminated with the band's magnum opus "The Lamb Lies Down On Broadway" in 1974. Following the tour promoting the album, frontman Peter Gabriel left the group in mid 1975.

Genesis decided to continue on as a four-piece, producing two albums, "A Trick Of The Tail" and "Wind & Wuthering", which found the band proving to themselves and to the world that they could move on after Gabriel's departure. Collins stepped up to fill the role of lead vocalist after countless auditions for a new singer proved fruitless by the completion of recording for "A Trick of the Tail". Hackett quietly departed after the "Wind & Wuthering" tour in 1977, feeling that his creative input for the band was being repressed.

In 1978, Tony Banks and Mike Rutherford contributed music to a British movie called "The Shout" based on a short story by Robert Graves, directed by Jerzy Skomilowski and produced by Jeremy Thomas. (More credits and info here http://www.imdb.com/title/tt0078259/combined)

Genesis then became a trio which began to move away from the dying embers of progressive rock. They established themselves as a more commercially-friendly outfit with the release of their 1978 album "...And Then There Were Three...", finding their first US hit with the single "Follow You Follow Me".

Banks, Rutherford, and Collins became more adept at writing radio-friendly songs in the 1980s. This reached a peak with the release of 1986's "Invisible Touch", in which more than half of the album's eight songs made it to the singles chart, including the title track, "Land Of Confusion" and "In Too Deep". All three band members produced solo albums during Genesis' downtime in the 80s and 90s - most notably Collins' increasingly successful solo work, and Rutherford's sideline group "Mike And The Mechanics" which found moderate success - with evolving styles reflected both solo and when recording together as Genesis.

Collins left the group in 1996, and was replaced vocally by Ray Wilson, the former lead singer of Scottish band "Stiltskin". Israeli born drummer Nir Zidkyahu and "Spock's Beard" drummer Nick D'Virgilio stepped in to fill the drumming role. Their 1997 album "Calling All Stations" was unable to find worldwide success, and despite scoring a minor U.K. hit with "Congo", the group slowly faded out of public consciousness. In 1998, after the "Calling All Stations" tour (the US leg of which was cut short due to poor album sales), Wilson was released from the band, and Zidkyahu and D'Virgilio, having never been "official" band members, went their separate ways. The band, now down to only Tony Banks and Mike Rutherford, took a break from performing and recording.


In 1999 Banks, Rutherford, Collins, Gabriel, and Hackett collaborated to re-record "The Carpet Crawlers" for greatest hits compilation "Turn It on Again: The Hits".


During the latter part of 2005, rumors spread that the band would reform again in its most famous five-man configuration. Genesis management stated that there were no current plans at that time, and that nothing would change in the following twelve months. Phil Collins then said in a radio interview in April 2006 that the classic Genesis line-up was considering a new live-staging of "The Lamb Lies Down on Broadway", but it was not to be. On 7th November 2006, Phil Collins, Tony Banks and Mike Rutherford announced they would be doing a twenty-date tour of Europe in the summer of 2007, with a North American tour to follow.

In April of 2011, Phil Collins, after completing a reunion tour with Genesis, said in a newspaper interview that he has no plans to tour or make another album, effectively retiring after over 40 years in the music business.

In 1967-8, there was an American band that was also named Genesis. It was a psychedelic rock group based in Los Angeles which released one album In the Beginning in 1968. The name conflict was known to the record label of UK Genesis, which is why their debut album From Genesis to Revelation coyly omitted the band's name except in the album title. While both bands suffered poor sales for their debuts, the US band broke up in late 1968 not long after one of their members was drafted into the army. This more or less ended any significant confusion except in situations like Last.fm or lazy Googling.

A Colombian group called G&eacute;nesis also exists. If you are scrobbling songs by that group and have ended up on this page, please fix your tags to G&eacute;nesis with the first "e" accented.

The Many Faces Of Genesis CD3

The Many Faces Of Genesis: The Jonathan King Sessions CD3