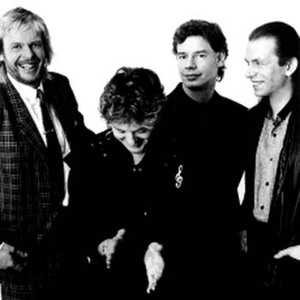 The group Yes has had a long and complicated history. By 1989, there were two different factions, one led by bassist Chris Squire that owned the rights to the name "Yes," and this one, featuring singer Jon Anderson, drummer Bill Bruford, keyboard player Rick Wakeman, and guitarist Steve Howe. This quartet made an album, titled Anderson Bruford Wakeman Howe, and went on the road playing what it called "An Evening of Yes Music, Plus," which occasioned a lawsuit. Finally, all was resolved, and the next version of Yes was a mega-edition featuring eight members, who made the album Union.

An Evening Of Yes Music Plus 1 CD1

An Evening Of Yes Music Plus CD2

Brother Of Mine (CDS)

Order Of The Universe