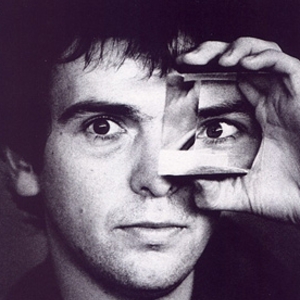 Peter Gabriel is an internationally famous musician and Third World activist, and was the original lead singer with Genesis. He is not only known for his Eastern and African-influenced music, but also for several ground-breaking music videos (most notably Sledgehammer, his highest-charting release on both sides of the Atlantic). After leaving Genesis, Peter Gabriel began to experiment with various elements of world music as the underpinning for his dense, poetic lyrics.

After leaving Genesis, Peter Gabriel began to experiment with various elements of world music as the underpinning for his dense, poetic lyrics. Although he released a series of successful song-oriented albums, Peter Gabriel 1, 2, 3, and 4 (aka Car, Scratch, Melt, and Security), he didn't really hit a commercial high until 1986 with his now seminal album So and its slightly less successful counterpart Us. After this came a 10 year hiatus until the album Up came out. This was followed by the ground breaking Growing Up tour. There was a DVD released of this tour. The latest studio album from Gabriel is 2010's Scratch My Back. He has also composed and recorded soundtracks for films as diverse as Birdy (which contained re-purposed snippets of his studio albums to date), Passion: Music from The Last Temptation of Christ, and Rabbit Proof Fence. He also sang the Randy Newman composed title song to Babe: Pig in the City called That'll Do. He recently contributed to the wall-e soundtrack, singing the end title song Down to Earth, and composing two other tracks.

He created one of the more innovative videos of its time for the song Sledgehammer, with the then-fledgling Aardman Animations studio.

He was also instrumental in founding the long-running festival organization WOMAD (World Of Music Art and Dance), and participated in the UK millennium celebration, for which he wrote the musical OVO. The recording studio he built, Real World, and the record label it spawned, have brought many artists from around the world to the attention of Western ears.

Rumors of reunion with his former band have persisted, with conflicting information that changes almost daily, although he has confirmed he will not play a part in Genesis' reunion tour.
[note: the reunion WAS in rehearsals when Gabriel decided not to do it because he felt like he wasn't having enough input.]

Back To Front: Live In Vienna

And I'll Scratch Yours