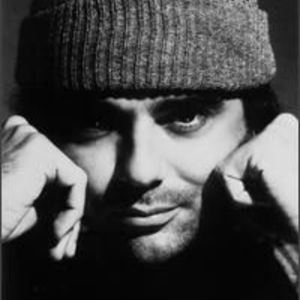 Daniel Lanois (born September 19, 1951 in Hull, Qu?bec is a Canadian record producer and singer-songwriter. He has produced albums for a wide variety of artists and released a number of albums of his own work. Artists he has worked with include Bob Dylan, U2, Brian Eno, Peter Gabriel, Robbie Robertson, Chris Whitley, Ron Sexsmith and Nash The Slash. He started his production career working in his own studio, Grant Avenue Studios in Hamilton, Ontario.

He started his production career working in his own studio, Grant Avenue Studios in Hamilton, Ontario. He worked with a number of local bands, most notably Martha And The Muffins, for whom his sister Jocelyne played bass, Ray Materick, as well as the Canadian children's singer Raffi.

After being discovered by Brian Eno and working collaboratively with him on some of Eno's own projects, his career was given a huge boost when Eno invited him to co-produce U2's album The Unforgettable Fire. Along with Eno, he went on to produce U2's The Joshua Tree, the 1987 Grammy Winner for Album of the Year. Bono of U2 recommended Lanois to Bob Dylan in the late 1980s; in 1989 Lanois produced Dylan's Oh Mercy, widely considered one of Dylan's greatest later albums. Eight years later Dylan and Lanois worked together on Time Out Of Mind, Dylan's first studio album of original material since 1990, which won a Grammy Award for Album of the Year in 1997.

Wrecking Ball, his 1995 collaboration with Emmylou Harris, received almost unanimous critical praise (many critics placed the album on their year-end "best albums of the year" lists), and revived the aging country artist's career, bringing her to the attention of much younger rock audiences.

As well as being a producer, singer and songwriter, Daniel Lanois plays the guitar, pedal steel and drums. His desire is to bring out the best in the artists he works with and produces, with his wide range of talents and musical ideas. He often leaves an atmospheric and emotionally resonant sound on the projects he produces, which some say has become his 'signature sound'.

Daniel founded Red Floor Records to release his own music albums and DVD films that he sells direct to consumers from his website in high resolution downloads and traditional formats: www.DanielLanois.com

After completing production work on U2's latest album "No Line In The Horizon" in 2009, Daniel has built a new recording studio in Toronto, which he has named "The Temple", as it is located on the site of a former Buddhist Temple. He recently completed producing Neil Young's latest 2010 release, "Le Noise". However, on June 5th, 2010, while working on Young's album, Daniel was in a serious motorcycle accident near his Silver Lake area home of Los Angeles, and he had to postpone his latest personal priority project, Black Dub which features Daniel on guitars, world renown drummer/percussionist Brian Blade, bassist and harmony vocalist Daryl Johnson, and lead vocalist/keyboardist Trixie Whitley (the daughter of the late Chris Whitley).

Black Dub have been signed to Jive Records and they are expected to commence a world tour in early 2011 supporting their debut self titled release, and they are currently doing special engagements throughout November and early December 2010 across the USA.

Daniel has recently written an autobiographical memoir entitled "Soul Mining, A Musical Life" that can be pre-ordered and is expected to be officially released through traditional book store channels in late November 2010.

Goodbye To Language (With Rocco Deluca)

My Music For Billy Bob

Here Is What Is