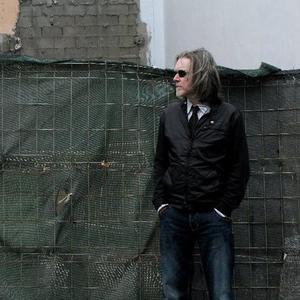 David Sylvian (born, David Alan Batt, 23rd of February 1958, in Beckenham, Kent, UK) is an English singer, musician and composer who first rose to fame as the lead vocalist and main songwriter of the band Japan, and whose subsequent solo career has been influenced by a variety of musical styles and genres, including jazz, ambient music and electronic music. Japan - which also included Mick Karn, Rob Dean, Richard Barbieri and Sylvian's brother Steve Jansen - started out as a confusing hybrid rock/sleaze outfit in the mould of David Bowie and The New York Dolls.

Japan - which also included Mick Karn, Rob Dean, Richard Barbieri and Sylvian's brother Steve Jansen - started out as a confusing hybrid rock/sleaze outfit in the mould of David Bowie and The New York Dolls. Their music quickly evolved as, at least to begin with, they drew heavily on the influence of Roxy Music's art rock stylings. Their visual image developed in parallel and the band were (unwillingly) tagged as forerunners of the new romantic movement.

Japan recorded five studio albums between March 1978 and November 1981. Their biggest hit single, the minimalist Ghosts, which reached the Top 5 in the UK charts in 1982, was a clear pointer to Sylvian's future direction. After a successful tour, the band split in late 1982, and Sylvian embarked upon a solo career.

Around the time of Sylvian's first solo album he collaborated with ???? (Ryuichi Sakamoto) on the soundtrack music for the Nagisa Oshima film Merry Christmas, Mr. Lawrence (1983), which produced a Top 20 hit single, Forbidden Colours.

Sylvian's debut solo album, the jazz and ambient-influenced Brilliant Trees (1984), met with critical acclaim and yielded the single Red Guitar, another Top 20 hit. Guest artists included Jon Hassell and Holger Czukay. His follow-up was an instrumental EP Alchemy which cemented his drift away from commercial pop

The EP was in turn followed by the double album Gone To Earth (1986), which flouted convention (and perhaps commercial wisdom) by featuring one record of songs (predominantly atmospheric ballads) and one consisting almost entirely of ambient instrumental tracks. Guest artists included guitarists Robert Fripp and Bill Nelson.

His third album, Secrets Of The Beehive (1987), was more acoustic and oriented towards somber, emotive ballads laced with string arrangements by ???? (Ryuichi Sakamoto). It yielded one of Sylvian's most well-received songs, Orpheus, and was supported by his first solo tour, 1988's "In Praise of Shamans". Sylvian's touring band included ex-Japan bandmates Jansen and Barbieri along with trumpeter Mark Isham, bassist Ian Maidman and guitarists David Torn and Robbie Aceto.

Never one to conform to commercial expectations, Sylvian then collaborated on several ambient music projects with artists including Holger Czukay and Russell Mills.

In 1991, a highly-anticipated Japan reunion (excluding Rob Dean) ended in acrimony. Sylvian insisted on calling the project and the album Rain Tree Crow, to the dismay of both his label Virgin Records (who were hoping for a hit "comeback" album) and his former bandmates. Guitarists Bill Nelson, Phil Palmer and Michael Brook augmented the quartet for the recording of the album.

In late 1991, Robert Fripp approached Sylvian and asked him to be part of a new King Crimson. Sylvian declined and instead suggested they work on a future collaboration resulting in the release of The First Day.

A period of relative musical inactivity followed, during which time Sylvian moved to the United States. Eventually in 1999, Sylvian released Dead Bees on a Cake. It showed the most eclectic influence of all his recordings, ranging from soul music to jazz fusion to Eastern spiritual chants, and most of the songs' lyrics reflecting Sylvian's inner peace with his marriage (to the wonderful poet/singer Ingrid Chavez), family and beliefs. Guest artists included longtime friend ???? (Ryuichi Sakamoto), as well as Talvin Singh, Marc Ribot, Kenny Wheeler and Bill Frisell.

Sylvian parted ways with Virgin and launched his own independent label, Samadhi Sound. Sylvian experimented alone with treated sounds made from his guitar and computer. The results were recorded during February of 2003. A few months later, he released the album Blemish. The disc was stark in its sound and content. The lyrical subject matter dealt primarily with the impending dissolution of Sylvian's marriage. In 2005 The Good Son Vs the Only Daughter was released, which was comprised of remixes of tracks from Blemish.

With the conclusion of "A Fire In The Forest Tour" in 2004, work resumed on a joint project between Sylvian and Jansen. Yet the course of the album took on a completely new tone after Sylvian decided to add keyboardist/vibraphonist/programmer Burnt Friedman to the proceedings and make him an equal partner in the collaboration. The band name of Nine Horses was adopted and the CD, titled Snow Borne Sorrow, was released in October of 2005. The sound was a return to more traditional avenues for Sylvian after the radical departure he took with Blemish. Elements of avant-garde jazz, pop, folk and electronic music were all blended together

Nine Horses' Money for All EP was released in 2006, which included new material as well as Burnt Friedman remixes of songs selected from their first disc.

There’s A Light That Enters Houses With No Other House In Sight.

Died In The Wool CD2

Died In The Wool CD1