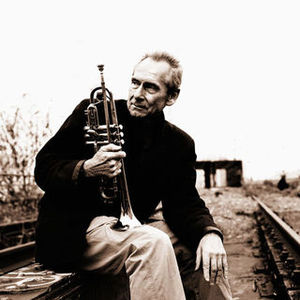 Jon Hassell (born March 22, 1937, Memphis, Tennessee) is an American musician and trumpet player. He is most well-known for his special trumpet technique learned from training with Indian classical musicians such as singer Pandit Pran Nath. Hassell learned to apply a unique style of trumpet playing by mimicking Nath's vocal stylings, and later connected with Brian Eno and began using harmonizer effects on his recordings. Hassell is also known as the creator of "Fourth World" music, which is a combination of ancient music and "futuristic" technological treatments.

Hassell studied with Karlheinz Stockhausen in the 1960s and worked with Terry Riley, first appearing on record on Riley's recording of In C. He was a member of La Monte Young's ensemble. Riley, Young, and Hassell all studied with Pandit Pran Nath.

Hassell co-composed with Pete Scaturro the electronic theme music for the hit television show The Practice.

Listening To Pictures (Pentimento Volume One)

Last Night The Moon Came Dropping Its Clothes In The Street

Flash Of The Spirit