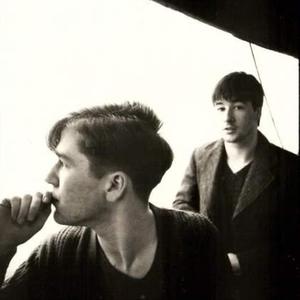 China Crisis is a British pop/rock group formed in 1979 in Kirkby on Merseyside, with a core band of vocalist/keyboardist Garry Daly and guitarist Eddie Lundon. They've produced pop music similar in style to that of the new romantic movement. Yet they've also had strong similarities to the post-punk movement of the early 80s, particularly inclusion of a broader range of musical influences and occasional flirtation with political commentary.

Sharing an affection for Stevie Wonder, David Bowie, and Brian Eno, Daly and Lundon had become burned out from playing with various Knowsley post-punk groups. Daly quit school and then spent much of his time indoors tinkering with synthesizers and a drum machine. Along with Lundon, Daly began writing songs using his high-tech toys. Feeling creatively stifled by the drum machine, the pair eventually asked percussionist Dave Reilly to join them, and in 1982 they released the single "African & White" as China Crisis on the independent label Inevitable. Later re-released by Virgin Records, "African & White" was also China Crisis' first hit in the U.K..

China Crisis spent 1984-1985 making their biggest chart run, beginning with their first top-ten hit, "Wishful Thinking". Third album Flaunt the Imperfection was produced by the sympathetic Walter Becker, and resulted in the hit singles "Black Man Ray" and "King in a Catholic Style (Wake Up)". The album was followed up in 1986 with What Price Paradise, though China Crisis worked with Becker once more on 1989's Diary of a Hollow Horse, which earned critical raves though not much commercial movement.

Sometimes misunderstood by critics, China Crisis distinguished themselves from Liverpudlian peers like Orchestral Manoeuvres in the Dark, The Teardrop Explodes, and Echo & The Bunnymen by digesting a cornucopia of musical genres, everything from jazz to progressive rock. Despite the stylistic deviations, China Crisis maintained their distinctive sound through a number of albums in the '80s and '90s. Tragically, Wilkinson hanged himself on July 17, 1999. In 2000, Daly contributed a track to a tribute compilation to Wilkinson, Green Indians.

Singing The Praises Of Finer Things

Autumn In The Neighbourhood