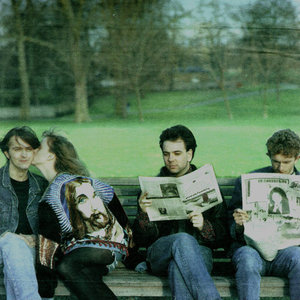 Prefab Sprout are an English pop band from Witton Gilbert, County Durham formed in 1976, who rose to fame during the 1980s. Though critically acclaimed, and considered by many to have released some of the best pop albums of the decade, the band never matched this acclaim with commercial success. The band's best known lineup comprised Paddy McAloon (vocals, guitar, keyboard), Wendy Smith (vocals, guitar, keyboard), Martin McAloon (bass), and Neil Conti (drums).

Their biggest commercial and critical success came with 1990's Jordan: The Comeback (one of two albums produced by Thomas Dolby), which was a hit in the UK and nominated for a BRIT award. The band also had a UK Top 10 hit with their 1988 song The King Of Rock 'N' Roll.

Perhaps their finest album, Steve McQueen (originally released in June 1985) was re-released in August 2007 as a 2-CD deluxe edition, with a bonus disc of eight acoustic reinterpretations of some of the original tracks. Of the release, the record company said: "Digitally remastered by original producer Thomas Dolby, the album is sounding even better than ever. As if that weren't enough it is complemented here with a second disc containing eight sublime acoustic versions, which have been specially re-recorded for this release by Paddy McAloon."

Steve McQueen was released in the US under the title Two Wheels Good following pressure from the late actor's estate.

Prefab Sprout rleased Let's Change the World With Music - The Blueprint in 2009 on the Kitchenware Records label (website). See also Sprout Trivia below.

Paddy conceived the name "Prefab Sprout" when he was just 14 back in 1972, he revealed in an interview with French magazine BEST. It was his attempt at creating an unusual name like groups that were popular at the time (eg Tyrannosaurus Rex, Moby Grape, Grand Funk Railroad, etc.).

The band has had as many as 11 drummers (including Paddy McAloon himself on programmed percussion!) in its lineup. Of these, Conti was the most closely identified with the group. (source: http://www.browningmcintosh.com/plocktonwest/sproutfacts.html)

Paddy had apparently conceived of an album named Let's Change The World With Music (the working title of the band's forthcoming album, due February 2009) as far back as the early 1990's:

"I actually wrote a Gulf War album called Let's Change The World With Music, and I've got a couple of beauties, but there are right and wrong times to do things, and it came after another album I wrote which is much lighter... it's called Billy Midnight, very romantic. So the Gulf War album was a more serious response to that. I keep junking things all the time." - NME June 20, 1992 (source: http://www.browningmcintosh.com/plocktonwest/sprout_misc.html)
"And I have an album called Let's Change The World With Music; lots of songs about music, playing on that horrible thing where you listen to a song like "We Are The World" and the sentiment is great but it's such a clich? that it sticks in your throat. It plays on that edge between that kind of thing and real sincerity." - NME April 15, 1995 (source: http://www.browningmcintosh.com/plocktonwest/sprout_misc.html)
"Look, since 1990 I've written what I think of as my best music. You can hear some of it on Andromeda Heights. But I have also - in detailed demo form - an album called Let's Change The World With Music. It was written as the follow up to Jordan." - BEST magazine (France) July 1997 (source: http://www.browningmcintosh.com/plocktonwest/sprout_misc.html)

Let's Change The World With Music

I Trawl The Megahertz (Remastered 2019)

The Gunman And Other Stories