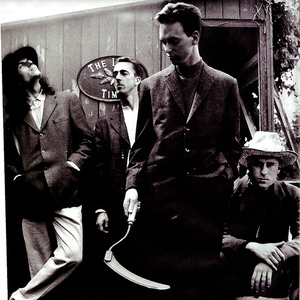 The Lilac Time is a band from Birmingham, UK (though based in Malvern, England), formed by Stephen Duffy and his brother nick duffy in 1987. The name is taken from a line in the Nick Drake song River Man: "Gonna see the River Man/Gonna tell him all I can/About the plan/For Lilac Time". The initial line-up for the debut album, entitled The Lilac Time, released in November 1987 was the two Duffys and keyboardist Michael Weston.

The band's activity is intertwined with Stephen's solo career, waxing and waning as his time and attention permit. The longest gap between Lilac Time records was 8 years - 1991's Astronauts to 1999's Looking For A Day In The Night.

Now, Stephen Duffy is perhaps best known as the co-songwriter and producer for Robbie Williams, and after many years of obscurity, a series of reissues now means that the entire Lilac Time back catalogue is available to buy in the UK for the first time ever. His three later solo albums (1993's Music in Colors, 1995's Duffy & 1998's I Love My Friends) have also been reissued with extra tracks.

The band currently go under the name Stephen Duffy & The Lilac Time and has stabilised with the permanent line-up of Stephen Duffy, Nick Duffy and Claire Worrall (who married Stephen Duffy in 2008). Michael Giri, Micky Harris and Melvin Duffy supplement the line-up on rare occasions they play live.

You've Got To Love