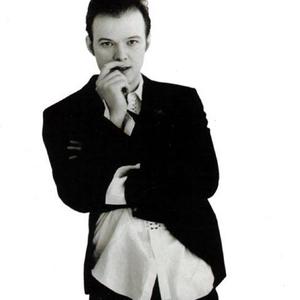 Edwyn Collins (born 23 August 1959) is a Scottish musician from Edinburgh, Scotland. He formed the Nu-Sonics in 1976, which became Orange Juice in 1979. The group is perhaps best known for the No. 8 hit "Rip it Up", its only UK top 40 single. In 1985, Orange Juice broke up, and he has since then pursued a solo career. Edwyn Collins is best known for his 1994 hit, "A Girl Like You", which was featured in the films Empire Records and Charlie's Angels: Full Throttle, and "Magic Piper of Love", a 1997 single which featured on the soundtrack of Austin Powers: International Man of Mystery.

Collins' music is mostly electric guitar-driven pop, and his songwriting and vocal delivery range from the acerbicly satirical to the soulfully tender, although he is better known for the former. He built his own studio in 1994 and produced his own third solo album, Gorgeous George. He has also worked as producer with other artists, including The Proclaimers, The Cribs, and Little Barrie. Collins also produced and starred in the Channel 4 sitcom West Heath Yard.

Collins lives with his long term partner, Grace Maxwell, who also manages his career. The couple, who live in London, have one son.

In a BBC 6 Music radio interview on 18 February 2005 Collins had said he felt unwell, but ascribed the nausea and vertigo to food poisoning. Two days later he was admitted to intensive care in London's Royal Free Hospital after apparently suffering a major cerebral haemorrhage. On 25 February he underwent an operation, reportedly after suffering a second haemorrhage. The procedure was successful, and Collins began a lengthy programme of neurological rehabilitation.

Sept 2007 saw the release of Home Again, the first album since his illness. Recorded before Collins' hospitalisation but only mixed and produced after his recovery, Edwyn worked on the album during his recovery. He was heard to sing a few bars on BBC Radio 4's Front Row, sharing strumming and chord duties with Grace. 'Crap' he said afterwards; some listeners begged to differ.

I'm Not Following You