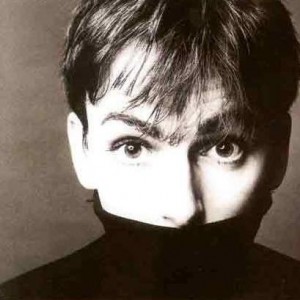 Stephen Anthony James Duffy (born May 30th 1960 in Birmingham, England) is a British singer-songwriter and multi-instrumentalist. He has recorded under many numerous names and therefore his last.fm scrobbles are all over the place! In the world of music he is mostly known as a founder member and original lead singer of Duran Duran and also for his two UK hit singles in 1985 - Kiss Me (1985) and Icing On The Cake.

He has recorded under many numerous names and therefore his last.fm scrobbles are all over the place!

In the world of music he is mostly known as a founder member and original lead singer of Duran Duran and also for his two UK hit singles in 1985 - Kiss Me (1985) and Icing On The Cake.

In 1978 he formed Duran Duran with college friends Nick Rhodes and John Taylor. After recording demos and playing local gigs Duffy left the band to form Only Five Believers. This latter band evolved into The Hawks who released their sole single Words Of Hope in 1980, beating his first band Duran Duran by 1 year.

The Hawks eventually dissolved and Duffy formed Tin Tin, a 4 piece synth-led band who recorded Kiss Me (1983). This was picked up by WEA and became a major club hit on both sides of the Atlantic. Financed by Warners, Duffy moved to America for 1 year to write songs but was eventually dropped and returned to England to be signed by Virgin/10. In the meantime, he had relaunched himself as a solo artist called Stephen 'Tin Tin' Duffy. A re-recording of Kiss Me (1985) was reissued in 1985 and became a major hit followed by Icing On The Cake and the album The Ups And Downs. After this period, he dropped the Tin Tin from his name and proceeded to record as Stephen AJ Duffy. He released 3 more singles and 1 more album called Because We Love You. This marked the end of his pop phase.

Following an experimental dance album, Designer Beatnik under the alias Dr Calculus, Duffy was dropped by Virgin/10 and he returned to his folk roots and formed The Lilac Time with his brother, Nick. The band evolved into a 4 piece and were picked up by Fontana. They recorded 3 albums and released 9 singles before they were dropped and signed to Alan McGee's Creation label. The resulting album, 1991's Astronauts was another critically acclaimed LP but also another commercial disaster. They were dropped by Creation and The Lilac Time split.

In 1993, after signing with EMI, the album Music in Colors was released. It was a collaborative effort with violinist Nigel Kennedy and featured 9 songs of Duffy and 9 instrumentals of Kennedy. It was credited to Stephen Duffy feat. Dr. Nigel Kennedy. Again, it was a commercial flop and the inevitable happened - Duffy was dropped. In 1994, he moved to Alaska and then to USA to start a record with R.E.M. and Velvet Crush producer, Mitch Easter. During this time, Duffy also started to regularly co-write songs with Steven Page of the Barenaked Ladies and their songs can be heard on various BL albums from 1994 onwards.

After reading about the Britpop boom that was occurring in Britain in late '94, he managed to secure a deal with BMG subsidary Indolent and a new album simply called Duffy was released in 1995. By this time, he had dropped the Stephen from his name and rather Morrissey-like, he was simply known as Duffy. Even though the album was mostly recorded in the US, Duffy found himself wrapped up in the Britpop wave and he recorded a one-off single called Hanging Around as Me Me Me with Alex James of Blur in 1996. Reaching the lofty heights of #17, this was the first chart action Duffy had experienced in 11 years. He started to record his 2nd album as Duffy but shortly before it was to be released, he got dropped. Again.

Major indie Cooking Vinyl picked the album up (called I Love My Friends) and released it in 1998. After this, Duffy reformed The Lilac Time with his brother Nick and original drummer Michael Giri and also added the girl, who in 2008 would become Mrs. Stephen Duffy, Claire Worrall as backing vocalist. Worrall had been working as the touring keyboardist/backing singer/guitarist for Robbie Williams live band. The resulting album Looking For A Day In The Night was released in 1999. Somehow managing to keep a deal with Cooking Vinyl, the band released the follow-up Lilac6 in 2001. Three successive albums on the same label was a major feat but inevitably he was dropped in 2002.

Following a chance meeting with old Duran Duran bandmate, Nick Rhodes, the duo started to re-record old demos Duffy had found on a cassette in the back of a drawer. After 6 weeks of recording, the album Dark Circles credited to The Devils was released on their own label, Tape Modern. Featuring old Duran songs and brand new songs written by the duo, Rhodes commented that this is how the debut Duran LP would have sounded had Duffy stayed on with them.

His next project was a new Lilac Time album and this was released on his own label, Folk Modern, in 2003 and credited to Stephen Duffy & The Lilac Time. The album wryly called Keep Going was again critically acclaimed but had little commercial success. Later that year, it was announced that Duffy was going to be new co-writer of Robbie Williams.

The following year, Duffy scored a #1 hit with the song Radio performed by Williams and produced & co-written by Duffy. The eventual fruits of their labour were realised in 2005 when the album Intensive Care was released. Duffy had major input in the album as sole producer, co-writer and multi-instrumentalist (guitars, keyboards, bass, drums, programming). Also during this year a self-titled album by The Vanity Project was released. This was an alias for Steven Page of Barenaked Ladiesand the album featured 12 songs co-written by Duffy.

In 2006, Duffy embarked on a major world tour with Robbie Williams as live on-stage guitarist and "musical director". Following this recent rise in his profile, much of his back catalogue has now been reissued by all his former labels. The latest Stephen Duffy & The Lilac Time album Runout Groove was released in October 2007.

In September 2009, Duffy released his first major career retrospective, Memory & Desire - 30 Years In The Wilderness, covering both his work as a solo artist and as The Lilac Time.

Because We Love You

I Love My Friends

Music In Colours (With Nigel Kennedy)

The Ups And Downs