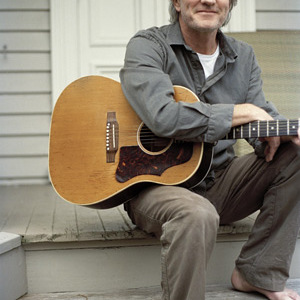 Tim Finn, OBE (born Brian Timothy Finn on 25 June 1952 in Te Awamutu, New Zealand) is a New Zealand singer and musician. His musical career began as a member of New Zealand's art-rock pioneers, Split Enz, and he eventually emerged as one of the band's chief songwriters and most recognizable voices. Since that time Finn has released a number of solo albums, and was for a time a member of brother Neil Finn's band Crowded House. He and Neil Finn have also released albums as the Finn Brothers.

Finn started a Bachelor of Arts degree at the University of Auckland in 1971. There he jammed in music practice room 129 (later the name of a Split Enz song) with friends and future Split Enz bandmembers Mike Chunn, Robert Gillies, Philip Judd and Noel Crombie. Music soon became more important to him than his studies; in mid-1972 he quit university. A few months later, Judd and Finn (the band's members used their middle names as stage names) formed group Split Ends (renamed Split Enz, shortly before their first move to Melbourne in 1975). The bands' music style is best described as eclectic, incorporating influences from art rock, vaudeville, swing, punk, glam rock, rock and pop. Between 1972 and 1977, Finn and Judd alternated as frontman for the band. Once Judd permanently left the band, Tim Finn's younger brother Neil Finn took his place.

In 1983 Finn recorded his debut solo album, Escapade, while still a member of Split Enz. This met with major commercial success both in Australia and New Zealand, and yielded hit song Fraction Too Much Friction. After contributing four songs to the Split Enz album Conflicting Emotions, Finn left the band permanently in June 1984, to focus on a solo career. The following year he moved to London. 1986 saw the release of his second solo album Big Canoe.

In late 1989, Finn was back living in Melbourne, recording his eponymous third album, Tim Finn, for Capitol Records. In early 1990, he began playing music with younger brother Neil, for an intended Finn brothers record. After working together on some songs, Neil Finn proposed incorporating the tracks onto the latest album of Crowded House, the group he had formed after Split Enz dissolved. Tim Finn performed with the band to promote the band's album Woodface, and co-wrote eight songs, including the hit Weather with You. Yet some time during the tour which followed the album's American release, all concerned realised that the combination was not a good fit. Neil Finn returned to pursue his solo career.

In 2004, the Finn brothers released their second album together, Everyone Is Here. Since then Finn has continued to release solo albums.

The View Is Worth the Climb

Say It Is So