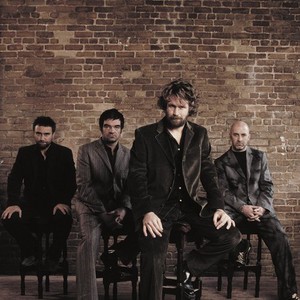 Hothouse Flowers is an Irish rock group that combines traditional Irish music with influences from soul, gospel and rock. The group first formed in 1985 when Liam &Oacute; Maonla&iacute; and Fiachna ? Braon?in (who had known each other as children in a Gaelic-speaking school) began performing as street musicians, or buskers, on the streets of Dublin, Ireland as "The Incomparable Benzini Brothers." They were soon joined by Peter O'Toole, and had won a street-entertainer award within a year. They renamed the group "Hothouse Flowers" and began writing songs and performing throughout Ireland.

The group first formed in 1985 when Liam &Oacute; Maonla&iacute; and Fiachna ? Braon?in (who had known each other as children in a Gaelic-speaking school) began performing as street musicians, or buskers, on the streets of Dublin, Ireland as "The Incomparable Benzini Brothers." They were soon joined by Peter O'Toole, and had won a street-entertainer award within a year. They renamed the group "Hothouse Flowers" and began writing songs and performing throughout Ireland. Rolling Stone magazine called them "the best unsigned band in Europe."

In 1986 Bono from the band U2, saw the Flowers performing on television and offered his support. They released their first single, "Love Don't Work This Way", on U2's Mother Records label, which quickly led to a deal with the PolyGram subsidiary London Records.

Their first album, People was released in early 1988 and was the most successful debut album in Irish history. It reached the number one slot in Ireland within a week and eventually reached number 2 in the UK Albums Chart. The international success of the album received a great boost when a music video for the first single, "Don't Go", was played in the interval between contestants and the scoring in the 1988 Eurovision Song Contest.

The second album, Home was released in June of 1990. It was recorded sporadically whilst in the midst of extensive touring; with sessions in Dublin, London, a rented house with a mobile recording set-up in Carlow, Ireland, and one day of work with Daniel Lanois in New Orleans, whilst Bob Dylan was taking a break from his sessions with Lanois. The album did not have the overwhelming success of the first record, but it reached number 2 in Australia. The two singles from the album, "Give It Up" and "I Can See Clearly Now" (a cover of the Johnny Nash song performed by both Jimmy Cliff and Bill Withers) reached numbers 30 and 23 respectively in the UK Singles Chart.

Songs From the Rain was released in March 1993. Whilst it received excellent reviews and achieved some chart success in Australia and Ireland, worldwide sales were disappointing. In an attempt to boost record sales (and especially to break in to the American charts), the record label and the band's management kept the group on the road almost continuously for the entire year. By early 1994, ? Maonla? had decided that the group was suffering from physical, mental and creative exhaustion, and he called for a year-long sabbatical.

The year-long break turned into several years, as the band members recouped their energy and experienced changes in their personal lives, including divorces, marriages, the birth of children and the death of ? Maonla?'s father. The group also split from their long-time manager, and Leo Barnes (saxophone) and Jerry Fehily (drums) left the group. O'Toole and ? Braon?in spent some of their time off from the Hothouse Flowers, recording and touring with Michelle Shocked and ? Maonla? worked with Tim Finn and Andy White, whilst also studying traditional Irish music.

In 1998 they released Born. Joined by Wayne Sheehy on drums and Rob Malone on bass, this album contained extensive songwriting contributions from O'Toole, who (freed from his bass responsibilities) played mostly guitar, bouzouki and keyboards on the recording. The music also incorporated more elements of electronic loops, synthesizers and studio effects.

By 1999 they had reached the end of their contract with London Records, and both the label and the band decided not to renew. The label head allowed the group the rights to record songs from their past London releases and produce a live record. Live' was self-released by the group later that year, taken mostly from an October 1998 show in Dublin Stadium (with one track from a November show in Tokyo). Sheehy and Malone left the group shortly after the release of the record. Dave Clarke, formerly of Blue in Heaven, joined on drums and O'Toole returned to the bass.

In 2000 London Records released a compilation of songs from their four previous albums titled Best of.

During the band's official hiatus between Songs From the Rain and Born, band memebers had both written songs individually, and sporadically got together to write collaboratively. Some of these songs were never released, while others altered significantly to become some of the tracks on Born. In 2003 the Flowers collected these unreleased recordings and issued them as Vaults:Volume 1.

In February 2004 the band released their latest album, Into Your Heart, produced by the band and John Reynolds. The first single, "Tell Me", reached the top 20 on the Irish charts. The record was released on the RubyMusic label in Europe and distributed by Redeye in the United States. They have toured extensively in support of the record, including a performance at the Glastonbury Festival in 2004.

? Maonla? has done several tours as a solo acoustic performer, and released an album in 2005 called Rian.

Let's Do This Thing

Songs From The Rain