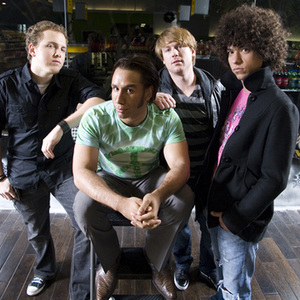 From Blackburn, England, the band is best known for being liked by Morrissey and the first band ever to release a debut single on CD, "Skin Storm" in 1988. They were signed to "Smiths" producer Stephen Street's "Foundation" label. Street also produced the major share of Bradford's material during their 2 year association before the band signed with Sire/Warner Bros. Their most recognised work included singles "Skin Storm" and "In Liverpool" and the album "Shouting Quietly".

Described as melodic indie pop, the band's sound drew influence from artists such as Elvis Costello, Julian Cope and the Smiths, this combined with their skin head image heightened their brief notoriety. Press darlings Bradford were tipped for big things and considered by many to be the forerunners to the Brit Pop movement. An inability to shake off the Morrissey tag though and their indifference to an emerging 'Madchester' scene proved instrumental in the band's premature demise in 1992.

The Pilgrimage of An Abstract Being

Message In The Music