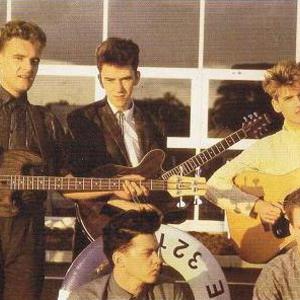 Friends Again were formed in in Glasgow, Scotland, in 1982. The band released three singles, "Sunkissed," "Honey at the Core," and "State of Art" on Moonbot Records before signing to Mercury Records. The group released a self-titled EP in 1983 and then recorded their debut album, Trapped & Unwrapped, in 1984. The LP' sound ranged from '70s-style funk to soulful balladry sung with Chris Thompson's David Bowie-esque croon and featured their last single "South Of Love". The LP received mixed reviews,and was a commercial failure.

James Grant left the group in 1984, and Friends Again fell apart. Grant formed Love and Money in 1985 with the rest of the band, while Thompson created the Bathers in 1987. Although short-lived, their influence helped to define the emerging sound of the Scottish bands that followed them.