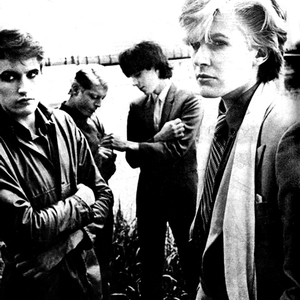 Japan began playing glam rock, influenced by David Bowie, The New York Dolls and motown. Japan debuted on record with 1978's Adolescent Sex and subsequently Obscure Alternatives, which both sold well in the nation of Japan, though nowhere else.

Their following two albums, Gentlemen Take Polaroids (1980) and Tin Drum (1981) continued to expand their audience as the band refined its new sound and unintentionally became part of the early 1980s new romantic movement. But Tin Drum ended up being their final album as personality conflicts tore the band apart. Nevertheless, the album's unconventional single "Ghosts" reached #5 on the UK pop charts.

They split after a farewell tour in 1982.

Most of the original members of the band went on to work on other projects.
Mick Karn and Bauhaus frontman Peter Murphy formed the one-album project called Dali's Car and released the album The Waking Hour in 1984. He has released other solo works over the years.
Steve Jansen and Richard Barbieri released an album in 1987 under the moniker The Dolphin Brothers which garnered a little interest.

By far the most successful is David Sylvian, who has recorded several albums with noted performers. An attempted reunion in 1991 with the Rain Tree Crow project was short lived, producing only one album.

All members have collaborated on the other's solo work; notably the trio JKB (aka Jansen, Barbieri and Karn) have released several records. Jansen has continued to tour with his brother David Sylvian.

The Very Best of Japan