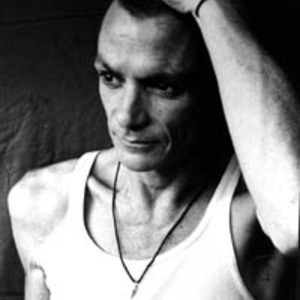 A man of rare poetic honesty, singer-songwriter Chris Whitley (1960-2005) maintained a resolute musical integrity throughout his career. His 12 albums, ranging from raw-boned folk-rock to lush electro-blues, had the thread of intense emotion and constant invention running through them. Whitley was born in Houston, Texas. Though relatively unknown to the mainstream, he worked with many top named musicians throughout his career.

Whitley was born in Houston, Texas. Though relatively unknown to the mainstream, he worked with many top named musicians throughout his career. In 1991, U2/Peter Gabriel producer Daniel Lanois and his prot?g?, Malcolm Burn, recorded Whitley's debut album Living With the Law (Malcolm Burn also produced 2005's Soft Dangerous Shores). In 2000, Whitley worked with Chris Wood and Billy Martin from the famed trio of Medeski, Martin and Wood, on the Perfect Day album. Others like Dave Matthews and Bruce Hornsby also appeared on 2001's Rocket House.

Whitley played a unique brand of confessional acoustic and electric blues, mixed with inspired modern rock. His lyrics often contained overt sexual references and sometimes bordered on the surreal. An avid fan of jazz saxophone legend John Coltrane, Whitley was a master of the National / Dobro, made famous by many of the great Mississippi delta blues players of the 1930's. Whitley also appeared in the concert documentary Hellhounds on my Trail - The Afterlife of Robert Johnson, with Grateful Dead guitarist Bob Weir, Fleetwood Mac co-founder Peter Green, jam band Gov't Mule, and blues guitarist Keb' Mo. In addition to recording his original material, Whitley has also guested on albums by Mike Watt, Rob Wasserman, Cassandra Wilson, Dave Pirner (of Soul Asylum) and Shawn Colvin.

"The notable constant has been the quality of craftmanship, and the consistent question of how Whitley's combination of super songs, muscular-but-poetic lyrics, athletic voice and rock-god guitar work hasn't earned him a wider audience." - Detroit Free Press

"The post-Hendrix explosion of whammybar wankers hasn't produced a single axeman who can compare to Chris Whitley. His eerie, bluesy voice and American gothic tunes frequently draw attention from the fact that he picks like a pissed off Doc Watson jacked through a Marshall stack" - RollingStone.com

In fall 2005, Chris Whitley cancelled his tour due to health issues. Dan Whitley, his brother, revealed on November 11, 2005 that he was "in a comfortable warm home with hospice care at his disposal". Later that week it was revealed that he was terminally ill with lung cancer. On November 20, 2005, his death (at the age of 45) was announced by Dan Whitley and Chris' daughter, Trixie Whitley.

Living With The Law