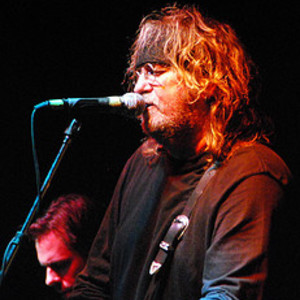 Ray Wylie Hubbard (born 13 November 1946 in Soper, Oklahoma, moved to Dallas, Texas, USA in 1954) is an American country music singer and songwriter. An active performer since 1965, his song "Up Against the Wall, Redneck Mother" was made famous by Jerry Jeff Walker in 1973. He has recorded and performed continuously since then, apart from a short period in the late 1980s. With a keen eye of observation and a wise man's knowledge...

With a keen eye of observation and a wise man's knowledge, Ray Wylie Hubbard composes and performs a dozen songs that couldn't spring from anywhere else but out of his fertile rock and roll bluesy poet-in-the-blistering-heat southern noggin. ?I like to look at both enlightenment and endarkenment,? he declares. ?I feel comfortable observing each.?

His 2010 album "A. Enlightenment B. Endarkenment" demonstrates the kind of talent that every great songwriter yearns for. Throughout the album, his focus remains on the song-constructing and performing stories set to music that resonate in a way that is completely his own. Hubbard recruits an ensemble of accomplished musicians to make the album's larger than life outlaw tunes echo from track to track. Among the musicians featured on the album are Kevin Russell (The Gourds), Gurf Morlix (Lucinda Williams, Robert Earl Keen), Bukka Allen (Ian Moore, Jack Ingram), Billy Cassis (Bob Schneider,Double Trouble, Soulhat), Ray Bonneville (B.B. King, JJ Cale, Muddy Waters), Seth James (Percy Sledge, Delbert McClinton), David Abeyta (Reckless Kelly) and The Trishas as well as his own son, Lucas Hubbard.

The writing and recording of A. Enlightenment B. Endarkenment came on the heels of Hubbard's first screenplay endeavor, which was funded and filmed with a cast of icons including Kris Kristofferson, Dwight Yoakam and Lizzy Caplan. A weekly radio show, constant touring, and producing kept him busy, but didn't manage to steal the Texan singer-songwriters focus. The outcome of the album is a juxtaposition of songs like ?Four Horsemen of the Apocalypse,? a fundamental gospel piece, and ?Drunken Poet's Dream,? cowritten with Hayes Carll.

Tell The Devil I'm Getting There As Fast As I Can

A. Enlightenment B. Endarkenment (Hint: There is no C)