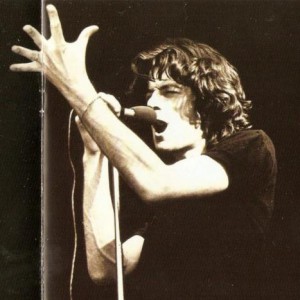 Peter Joseph Andrew Hammill (born 5 November 1948, in Ealing, West London, England) is a singer-songwriter, and a founding member of progressive rock band Van der Graaf Generator. Most noted for his vocal abilities, his main instruments are guitar and piano. He also acts as a record producer for his own recordings, and occasionally for other artists. With an extensive solo career spanning dozens of albums, Peter Hammill is certainly more than just the front-man and leader of Van Der Graaf Generator (VdGG).

With an extensive solo career spanning dozens of albums, Peter Hammill is certainly more than just the front-man and leader of Van Der Graaf Generator (VdGG). His literate, soul-examining lyrics and his often-anguished vocal delivery make his music perhaps an acquired taste, but his uncompromising artistic vision has shone since his first release, Fool's Mate, back in 1971.

Stylistically, he has forged his own path, touching on progressive rock, punk (before it was even called that), electronic experimentation, intimate singer-songwriter settings, and even opera/musical theatre (with his adaptation of Poe's The Fall of the House of Usher).

Hammill's solo career has coexisted with VdGG's activities. The band was offered a contract by Mercury Records in 1968, that only Hammill signed. When VdGG broke up in 1969 he wanted to record his first solo-album. In the summer of 1969 Hammill had a residency at The Lyceum and played weekly solo-concerts there. Eventually the intended solo-album was released under the VdGG-banner as their first album (The Aerosol Grey Machine). Hammill's first official solo-album was Fool's Mate (1971), containing songs from the early (1967/68) VdGG-days.

When VdGG broke up again in August 1972, Hammill resumed his solo-career. Songs that were intended for VdGG, now ended up on his solo-albums, notably "(In The) Black Room (Including 'The Tower')" (on Chameleon In The Shadow Of The Night) and "A Louse Is Not a Home" (on The Silent Corner And The Empty Stage). This to some extent makes it difficult to separate Hammill's solo work during the 1970s from his work with the band (for the majority of both his solo-songs and the band's songs he is credited as the sole songwriter, and some of his solo albums feature all the members of Van der Graaf Generator). In general, however, solo Hammill is concerned with more personal matters, while the band's songs deal with broader themes.

Hammill's Nadir's Big Chance (1975} was a great change from the preceding album, In Camera. Whilst In Camera is characterized by extremely intense and complex songs and even has some musique concrete on it, Nadir's Big Chance is notable for its anticipation of punk rock. In a 1977 radio interview, John Lydon of the Sex Pistols played two tracks from the album and expressed his admiration for Hammill in glowing terms: "Peter Hammill's great. A true original. I've just liked him for years. If you listen to him, his solo albums, I'm damn sure David Bowie copied a lot out of that geezer. The credit he deserves, just has not been given to him. I love all his stuff"

Over (1977) contains very personal songs about the break-up of a long-term relationship.

Hammill's first solo-album after the 1978 break-up of Van der Graaf was The Future Now. With the next albums, PH7 and A Black Box, the sound got more compact, more new wave. On those albums, Hammill played the drums himself. What followed was 'the K-group'. In later years Hammill would sometimes refer to the band as a "beat group". The K-group consisted of Hammill himself on guitars and piano, with John Ellis on lead guitar, Nic Potter on bass, and Guy Evans on drums and percussion. They recorded the albums Enter K and Patience.

Hammill's early records, like the VdGG albums, were released on Charisma Records. He parted company with them after pH7 (1979), and then released albums on a number of small labels. A Black Box came out on S-Type, a label run by Hammill and his manager Gail Colson. Enter K and Patience appeared on Naive, Skin and Margin on Foundry and In a Foreign Town, Out of Water and Room Temperature: Live on Enigma Records. In 1992 he formed his own label, Fie!, on which all his albums since Fireships have been released. The label's logo is the Greek letter phi (?), a pun on PH-I. Ever since the 1970s he has also had his own home recording studio, appropriately called Sofa Sound (his website was later named after the studio).

Musically, Hammill's work ranges from short simple riff-based songs to highly complex lengthy pieces. Mainly because of his refusal to make anything resembling middle-of-the-road music, and the general absence of any smooth or glamorous sounds in his music, there is much debate amongst his admirers whether Hammill is to be considered a part of the so-called progressive rock scene. In many interviews however Hammill himself has stated that he does not want to be put in the progressive rock music label, or any music label at all.

His output is prolific. Many different styles of music appear in his work, among them artful complexity (for instance Chameleon in the Shadow of the Night), avant-garde electronic experiments (Loops & Reels), opera (The Fall of the House of Usher), solo keyboard accompaniment (And Close As This), solo guitar accompaniment (Clutch), improvisation (Spur of the Moment), film music (Sonix), band recordings (Enter K), and slow, melancholic balladry (None of the Above).

Hammill survived a heart attack in December 2003, less than 48 hours after having finished the recording of Incoherence. In 2005, Hammill announced the reformation of Van der Graaf Generator. In 2004 they had recorded a new album, Present, which was released in April 2005, and from May until November 2005 played a series of well received concerts.

Between 2005 and 2007 Hammill has overseen the remastering of almost all of his pre-Fie! releases, and has also started similar work on his more recent catalogue. The last of the Charisma remasters was released in September 2007.

Hammill's solo-career did not end because of the VdGG-reunion. He released his new album Singularity in December 2006. It was the first solo-album he completed after his heart attack, and for a large part it deals with matters of life and (sudden) death.

In 2007 several gigs by Van der Graaf Generator as a trio (minus David Jackson) have taken place in Britain and the rest of Europe, and their new album Trisector was released in March 2008. Hammill's new solo album, Thin Air came out 8th June 2009. Hammill and the band are touring extensively in USA, Japan and Europe these days.

Not Yet Not Now CD8

Not Yet Not Now CD7

Not Yet Not Now CD6

Not Yet Not Now CD5

Not Yet Not Now CD4

Not Yet Not Now CD3

Not Yet Not Now CD2

Not Yet Not Now CD1