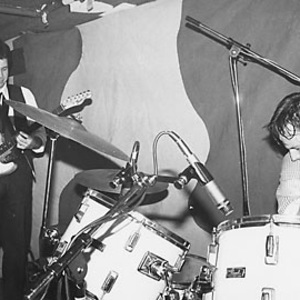 The Red Krayola was a psychedelic, avant-garde rock band from Houston, Texas, formed by art students at the University of St. Thomas (Texas) in 1966. The band was led by singer/guitarist and visual artist Mayo Thompson, along with drummer Rick Barthelme. Their work predated punk and the no wave scene in 1970s New York City. Thompson has continued using the name, in its legally-required permutation The Red Krayola, for his musical projects since.

Thompson has continued using the name, in its legally-required permutation The Red Krayola, for his musical projects since.

They make noise rock, psychedelia and occasionally folk/country songs and instrumentals in a DIY-punk fashion, an approach that presaged the lo-fi aesthetic of many 1990s US indie rock groups. Negative reviews have come often during The Red Krayola's history. A critic once wrote, "It's a band that has no idea how to play its instruments. In fact, they don't even know what instruments are, or if the guitarist has the ability to remain conscious long enough to play whatever it is a 'note' might be." He added, "This is a band that was paid ten dollars to stop a performance in Berkeley. If Berkeley's not having it, you know you're in for rough sledding."

Kangaroo? (With Art And Language) (Vinyl)