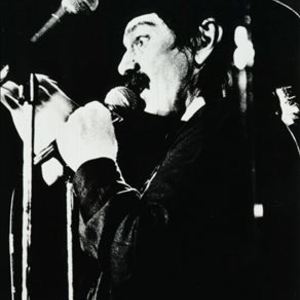 Don Van Vliet (born Don Glen Vliet on January 15, 1941, died December 17 2010) is an American musician and painter, best known by the pseudonym Captain Beefheart. His musical work was mainly conducted with a rotating assembly of musicians called The Magic Band, which was active between the mid-1960s and the early 1980s. Van Vliet was chiefly a singer and harmonica player, occasionally playing saxophone and keyboards.

His compositions are characterized by their odd mixtures of shifting time signatures and by their surreal lyrics, while Van Vliet himself is noted for his dictatorial approach to his musicians and for his enigmatic relationship with the public.

Van Vliet retired from music in the early 1980s to devote himself to painting and he has since made few public appearances. His interest in art dates back to a childhood talent for sculpture. His work?which has been described as neo-primitive and abstract-expressionist[2]?has been exhibited in several countries.