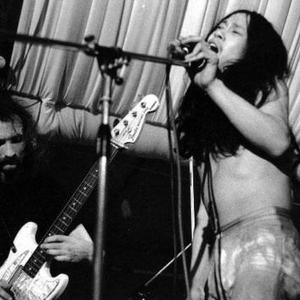 Can was an experimental rock group founded in Cologne, Germany in 1968. Describing themselves as an "anarchist community", they constructed their music largely through improvisation and editing, in a way similar to several avant-garde composers of the time. They had only occasional commercial success, but exerted a huge influence on subsequent rock and electronic music. They are generally held to be one of the finest of the original krautrock bands, and are among the most important experimental artists in recent music history. A lot of their initial popularity came from positive press in the UK (when many other Krautrock bands were shunned by UK media such as NME) and airplay on John Peel's BBC radio programmes, which led to extensive touring in the UK. They also gained exposure in Germany by doing soundtrack work for German filmmakers.

Keyboardist Irmin Schmidt and bassist/producer Holger Czukay had studied electronic music together under Karlheinz Stockhausen circa 1966. Schmidt was inspired to start the group following a trip to New York where he was "corrupted' by Andy Warhol and The Velvet Underground. As well as Schmidt and Czukay, the initial lineup included guitarist Michael Karoli, a former pupil of Czukay; and drummer Jaki Liebezeit.

Their first vocalist was an American sculptor, Malcolm Mooney, who joined them living in an old castle with their own music studio, Inner Space. Mooney added a sort of "outsider artist" approach to his improvised vocals, but the chaotic lifestyle was damaging to his mental health and he eventually fled back to the USA on advice of a psychiatrist. He later contributed to the 'reunion' album Rite Time in the mid '80s.

Mooney was replaced by Kenji "Damo" Suzuki, found busking outside a caf? in Munich. With Damo Suzuki they made their classic albums Tago Mago (1971) and Ege Bamyasi (1972). Suzuki left the group in 1973, marrying his German girlfriend and becoming a Jehovah's Witness; he subsequently resumed touring and recording as a solo artist.

Following Suzuki's departure the music at first became even more atmospheric and electronic-based, with Karoli and Schmidt providing occasional vocals. However they then moved towards conventional music forms such as disco and reggae. The disco-influenced single I Want More was an international hit in 1976. The lineup was bolstered in 1977 by the addition of former Traffic bassist Rosko Gee and percussionist Rebop Kwaku Baah, while original bassist Czukay was relegated to making electronic sound effects.