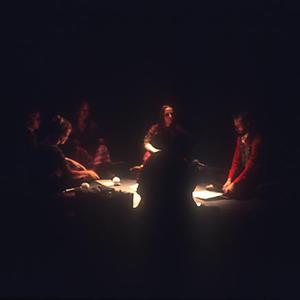 Brainticket is an experimental rock band, with strong psychedelic leanings. Brainticket was founded in 1968 in Switzerland by Belgian multi-instrumentalist Joel Vandroogenbroeck when He, Ron Bryer and Wolfgang Paap?all part of the Jazz group Dee Dee, Barry and The Movements?decided to form a new band together with some southern German and Swiss musicians. Although members came and went during their tenure, the most popular lineup consisted of Vandroogenbroeck (organ, flute), Ron Bryer (guitar), Werni Frohlich (bass)...

Their first album Cottonwoodhill has been referred to as one of the most psychedelic albums recorded. Allmusic.com reviewer Rolf Semprebon described it as "one of the trippiest records ever made, capturing the intensity of the peak LSD experience far more successfully than any Timothy Leary recording, and even today, when many such documents from that era can sound silly and dated, Brainticket's fascinating debut still holds hallucinogenic potency." The original LP was issued with a warning stating "after listening to this record, your friends may not know you anymore" and to "only listen to this once a day. Your brain might be destroyed!".

Brainticket issued three albums (Cottonwoodhill, Psychonaut and Celestial Ocean) before disbanding in 1975. They resurfaced in 1980, releasing the albums Adventure that year and Voyage in 1982 before disappearing once more in 1983. Brainticket became active once again in 1998 and in June 2000 released the album Alchemic Universe.