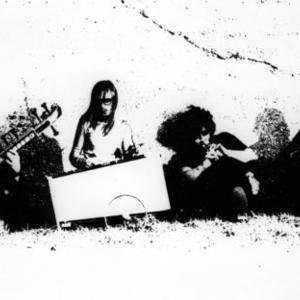 There are eight bands/artists under this moniker: a German progressive rock band, a melodic death metal band from Italy, a death metal band from Sweden, a '77 punk band, an Israeli grunge band, a french dark electro/EBM band, a Hong Kong hardcore band and an Australian electronic musician. 1) One of the most original and innovative Krautrock bands, Embryo fused traditional ethnic music with their own jazzy space rock style.

1) One of the most original and innovative Krautrock bands, Embryo fused traditional ethnic music with their own jazzy space rock style. Over their 30-year existence, during which Christian Burchard has been the only consistent member, the group has traveled the world, playing with hundreds of different musicians and releasing over 20 records.

In 1972, the same year they played at the Olympic Games in Munich, Embryo was invited by the Goethe Institute to tour Northern Africa and Portugal. In Morocco, the band was fascinated by the different tonal scales used by Moroccan musicians, profoundly shaping the group's music to come. In 1973, the band was joined by saxophonist Charlie Mariano and guitarist Roman Bunka, who were both influential in moving Embryo towards their genre-blending mixture of space rock with ethnic sounds. We Keep On, released in 1973, was the most successful album in the group's career. However, after Surfin' (1974) and Bad Heads and Bad Cats (1975), Burchard decided the band was moving in too commercial a direction and led them on an eight-month excursion to India, where they met local musicians. Shoba Gurtu, an Indian singer the band met during their travels, would later record an album with them, 1979's Apo Calypso. Embryo also set up their own record label, Schneeball, with the rock band Checkpoint Charlie during this time. The band then took off on a two-year journey through the Middle East, India, Pakistan, and Afghanistan, during which the band's bus broke down in Tehran in the middle of a civil war in 1981. The double album Embryo Reise (1981) captured this musical expedition as did the documentary film Vagabunden-Karawane. A

fter touring Asia, the Middle East, and Egypt during the early '80s, Embryo released their first studio album in seven years, Zack Gluck, in 1984. The band then toured Africa and became involved with Nigeria's Yoruba Dun Dun Ensemble. However, after internal conflicts, Embryo split up. Burchard then continued under the name of Embryo with new musicians while a new group, Embryos Dissidenten, was formed. The band released 2001 Live: Vol. 1.

2) A melodic death band from Cremona, Italy, who has two full-length albums, "Chaotic Age" and "No God Slave."

3) A death metal band from Sweden that released one demo called "Damnatory Cacophony."

8) Embryo is the alias for the 21-year old electronic musician Simon Moorcroft. Based in Adelaide, Australia, Embryo constructs his tracks using recording software, a microphone, two synthesizers and very occasionally, guitar. His music has been described as mainly Electronic.

He claims that his influences include Coldplay, Daft Punk, The Chemical Brothers, Regurgitator, Midnight Juggernauts, The Presets, Pendulum and Pogo.

You can further connect with Embryo via his Facebook page:
http://www.facebook.com/pages/Embryo/132414436776480
Stream, rate, review and download his tracks for free in MP3 format via his Triple J Unearthed page:
www.triplejunearthed.com/Embryo
And subscribe to him via his Youtube channel:
http://www.youtube.com/user/5048Simon
For business enquiries, contact Embryo via simon_moorcroft@iprimus.com.au

A Step Beyond Divinity