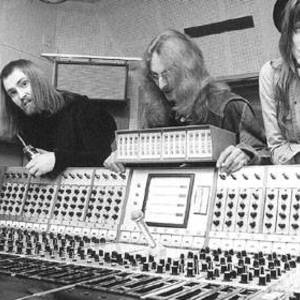 Eloy is a progressive rock band from Germany, whose musical style includes symphonic and space rock, the latter being more prevalent on earlier albums. The band took their name from the Eloi, a futuristic race of people in the H.G. Wells novel The Time Machine. Founded in 1969 by guitarist Frank Bornemann, the band has endured several line-up changes, with Bornemann being the only consistent member of the group.

Founded in 1969 by guitarist Frank Bornemann, the band has endured several line-up changes, with Bornemann being the only consistent member of the group. In the 1980s, after a series of major splits in the group, Bornemann pursued a more commercial direction. Despite attracting a large following, the band never gained popularity in the United States.

However, in later years, former members of the band re-joined, and in 1998 fans delighted in hearing Ocean 2, a return to the classic symphonic progressive genre that the band was so well known for. A sequel to the 1977's original, it is commonly thought among fans that it successfully recaptures the spirit of the band, and is a worthy follow-up to the much beloved classic.

Despite their nationality, the band is not generally considered krautrock due to their sound which has much more in common with English progressive groups such as Pink Floyd and Yes.

In 2009 Frank Bornemann released a DVD celebrating their 40th anniversary.
Also there is a new album released, called 'Visionairy'.

The Vision, The Sword And The Pyre - Part II

The Vision, The Sword And The Pyre, Pt. 1