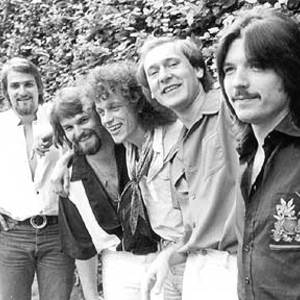 There are (at least) two bands called Novalis. The first one is the old German rock band, the second one a English neofolk band who now goes under the name of Novalis Deux. Novalis biography During the mid-seventies, the Hamburg-based band Novalis established themselves as leaders in the field of German-language romantic rock. The quartet called itself Novalis after the most important German poet of early romanticism.

Novalis biography
During the mid-seventies, the Hamburg-based band Novalis established themselves as leaders in the field of German-language romantic rock. The quartet called itself Novalis after the most important German poet of early romanticism. They created a rock music of poetic, lyrical with german lyrics and instrumental beauty. Their music, a heavy organ rock, was compared to the sounds of bands such King Crimson and Pink Floyd. They released a few albums of lush, keyboard-dominant prog rock during the seventies. The keyboards created majestic layers on which the guitar builds airy melodies.

Starting with heavily organ-accentued art rock a-la King Crimson (and on their debut, "Banished Bridge", including English lyrics), Novalis later developped their own unique style, a mixture of progressive, classic, folk and rock. "Banished Bridge" (1973) showed their King Crimson influences... in a dreamy, laid back progressive rock. This 1975 self-titled album was their 2nd album and continues to show their own style take on these influences. "Novalis" (1975) and the classic "Sommerabend" (1976), both are actually much better than the comparatively disappointing fourth album, "Brandung" (1977). They did very well down musically and commercial in the second half of the 70's. "Flossenengel" (1979) was the last good one. "Rock on Brain" (1978) is an excellent document of the first 6 (and best) years of this great band.


Then there is a neofolk band that first went by the name of Novalis, but soon changed to Novalis Deux. Fix your tags if necessary.

Novalis was the pseudonym of Georg Philipp Friedrich Freiherr von Hardenberg (May 2, 1772 - March 25, 1801), one of the most important poets of german romanticism. His "Hymns to the Night", read in german, can be freely dowloaded from http://librivox.org.