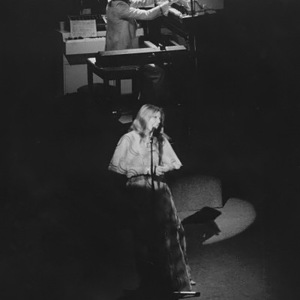 There are 7 artists/bands under the name of Renaissance: 1) A British progressive rock band - The first incarnation of Renaissance came out of the ashes of The Yardbirds in early 1968 when drummer Jim McCarty and guitarist/vocalist Keith Relf formed an acoustic based band. They added keyboardist John Hawken, bassist Louis Cennamo and vocalist Jane Relf (Keith's sister). This band released two albums (Renaissance (1969) and Illusion (1971)) before breaking up. Some of the members reformed as Illusion.

1) A British progressive rock band - The first incarnation of Renaissance came out of the ashes of The Yardbirds in early 1968 when drummer Jim McCarty and guitarist/vocalist Keith Relf formed an acoustic based band. They added keyboardist John Hawken, bassist Louis Cennamo and vocalist Jane Relf (Keith's sister). This band released two albums (Renaissance (1969) and Illusion (1971)) before breaking up. Some of the members reformed as Illusion.

McCarty then reformed the band with singer Binky Cullom, bassist Jon Camp, keyboardist John Tout, drummer Terence Sullivan, and guitarist/composer mike dunford. Cullom was promptly replaced by Annie Haslam, then McCarty himself left soon after, but this group went on to become the "classic" lineup of Renaissance. They recorded a string of successful albums starting with the LP Prologue (1972). Throughout numerous personnel changes in the 70s, Haslam, Dunford and Camp remained the core of the band.

Their particular brand of mixing classical and classically-inspired music with melodic rock is arguably one of the most successful attempts at this sort of fusion. In the 80s, the band saw their popularity wane with a turn to shorter song forms dominated by synthesizers. After breaking up in the mid-80s, various combinations have reformed for concerts and recordings.

5) Renaissance - The band was originally formed back in November 1991 by Chriss Ons (guitar) who decided to leave the band he was in at the time, Chronic Death. His band mates Dirk Vollon (bass) and J?rgen De Wispelare (drums) joined the new project, followed by Domingo Smets (guitar). The idea was to musically break out of restraining thrash/death metal sound and to incorporate more harmonic content & epic song structure into the songwriting, something which seemed impossible if staying in Chronic Death. The band set out to rehearse and by early '92 had some song ideas together, most of which would wind up on the bands debut demo Archway later that year. By late '92 The band got offered a split 7" EP (with the band Ancient Rites) on a small Belgian label, After Dark Records, and used the demo track "Windows" for that release. Meanwhile the band had also been brought to the attention of Hans de Wyngaert of the new label Shiver Records. A deal to release the 13 minute epic track "Tired Blood / Vaudeville" (split over 2 sides) on a 7" single was signed in early '93. Both EP's sold really well, yet while keeping on searching to find new band members, it was mainly Chriss who, assisted by Dirk, would continue writing new material using a small 4 track recorder. Despite the fact that it looked like the trio Chriss/Dirk/Santiago had become a studio project until other musicians were found, Shiver records offered them a CD deal. During the summer of '93, about a year after the bands first demo; Chriss and Dirk recorded a 40-minute piece called "The Death Of Art". The initial idea was to make a concept album and to focus on just the music, and add vocals later. A friend of the band, Canadian writer and philosophy student John Hymers, was asked to write a poem entitled "The Death Of Art", which would serve as working material for vocalist Santiago. After the final vocal tracks had been recorded, Chriss finished the project by himself due to a lack of input and interest from Dirk. The album finally saw release on Shiver Records in February 1994. The first pressing of the CD sold out in a matter of months, and the album has been repressed and licensed since (including a Polish issue in cassette format). Chriss took a break from writing and recording for about a year, only to start doing so again by mid '95, with Dirk Vollon sporadically collaborating. For the time being, the project name was also changed to Rinascimento, to avoid confusion with the other Renaissance, a band that released material mainly during the 70's. Tons of stuff was recorded over the following years, but, reluctant to release another record without the ability to perform any of it live, most of this demo material was shelved or not entirely completed - Chriss didn't really feel the "need" to make the music commercially available on a label so in 1998, a double CDR set aptly titled "Rinascimento - demos 1995-1998" was distributed among just a few friends of the band. Due to other interests and activities, the whole project was laid to rest by late 1998 ... (from the official website - http://renaissance_online.tripod.com/biography.html )

6) Renaissance - an Acapella Christian Quartet - In 1985 a new birth of music took place in Los Angeles, California that would change the landscape of acappella gospel music forever.
The quartet is comprised of soprano and first tenor Sharon Harris, first and second tenor George Pendergrass, baritone Adam Thompson, and first and second tenor Ronald Walker. All four are noted alumni of Southwestern Christian College in Terrell, Texas.
Every member of the group is also a distinguished lead singer in a league all their own. In addition to the Renaissance project, members of the group have also left an indubitable imprint on the world of Christian music. Not only has he released several solo albums, Ronald Walker has deposited a treasury of well-known songs particularly among church groups, sadly many of which still go without his credit today. Sharon Harris has lent her angelic voice to several projects including Los Angeles' own Southside Church of Christ Choir, Reflections, enjoyed a brief stint with Straight Company, and was a featured vocalist on "Acappella Gospel," produced by George Pendergrass and Keith Lancaster. Adam Thompson has provided "the bottom" on Ron Walker's projects, is a worship leader in Reseda, California, in addition to pursuing an acting career in Hollywood. Probably the most notable member of Renaissance to date is George Pendergrass who is known to people everywhere as the lead singer of the internationally known group, Acappella. His powerful voice is immediately recognizable and needs no introduction in most circles of the music industry. Featured on over 15 albums on the Acappella Music Group, George has also performed with U2, Michael W. Smith, on a Disney soundtrack and with a host of other well-known recording artists.

7) An all-female accapella group from the University of Maine, Orono.