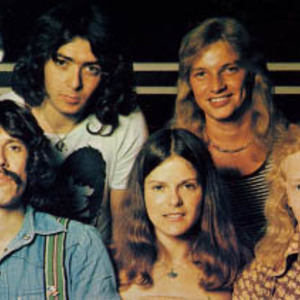 Babe Ruth is a rock music group, primarily active through the 1970s, from Hatfield, Hertfordshire, England. Their characteristically 'heavy' sound is marked by powerful vocals from Janita Haan and full arrangements by Alan Shacklock. They are acknowledged as having more commercial success in North America than in their home country. When the group was first formed in 1971, they were called Shacklock after their guitarist Alan Shacklock.

When the group was first formed in 1971, they were called Shacklock after their guitarist Alan Shacklock. Members included Janita Haan and Dave Hewitt, with Dave Punshon and Dick Powell later joining. The first release was their single "Elusive"; their first album, First Base, went gold in Canada. In 1973, Ed Spevock replaced Powell and Chris Holmes replaced Punshon on the second album. In 1975, Steve Gurl, keyboardist from Glenn Cornick's Wild Turkey replaced Holmes for the third album. The same year, Shacklock exited and Bernie Marsden (Wild Turkey) joined the team for the fourth album. After this, Haan and Hewitt left.

Though no original member remained, the group incorporated Ellie Hope and Ray Knott for the fifth album in 1976. Shortly before Babe Ruth disbanded, they were joined by the 17 year-old Birmingham born Simon Lambeth who made a few appearances on their last tour. Lambeth's hauntingly na?ve sound on rhythm guitar, behind the lead of Marsden, promised much but sadly it was too late; Marsden moved on to bigger things and joined Whitesnake. Simon changed careers and sadly was lost to the music scene - Hope did an outstanding job on the LP, later releasing her own solo effort in the booming disco era. Unfortunately, these later efforts are harder to pin down.

A disco cover of Babe Ruth's classic "The Mexican" appeared in the late 70s, performed by the Bombers. This version inspired an electro/freestyle cover produced by John Jellybean Benitez in 1984, for which he managed to recruit Haan on vocals - the cover subsequently becoming noted for its popularity as an underground dance hit.

Between late 2005 and early 2006, Haan, Shacklock, Punshon, and Hewitt recorded new material together in Nashville, with Spevock recording his drums in London. The album was completed September 2006, and after being made available in digital form via the band's official web site, it was released on CD through Revolver Records in the first quarter of 2009.