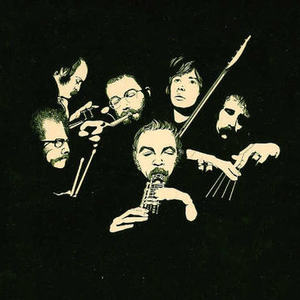 There are at least four bands/artists called Nucleus: *** Nucleus were a pioneering jazz-rock band from the U.K., who continued in different incarnations from 1969 to 1985. In their first year they won first prize at the Montreux Jazz Festival, released their first album (Elastic Rock), and performed both at the Newport Jazz Festival and the Village Gate jazz club. They were led by Ian Carr, who had been in The Don Rendell & Ian Carr Quintet during the mid and late 1960s, and has been a respected figure in British jazz for more than forty years.

Nucleus were a pioneering jazz-rock band from the U.K., who continued in different incarnations from 1969 to 1985. In their first year they won first prize at the Montreux Jazz Festival, released their first album (Elastic Rock), and performed both at the Newport Jazz Festival and the Village Gate jazz club.

They were led by Ian Carr, who had been in The Don Rendell & Ian Carr Quintet during the mid and late 1960s, and has been a respected figure in British jazz for more than forty years. Their jazz-based music evolved from an early sound incorporating elements of progressive and psychedelic rock towards a funkier sound in the mid and late 1970s.

In August 2005 a special one-off reincarnation of Nucleus, with old and new members, performed at London's Cargo venue, to an enthusiastic reception.

Nucleus aka Dave Sims started dj'ing in 1986 mixing and scratching hip hop and funk breaks after hearing double d and steinski's lessons and grandmaster flash adventures on the wheels of steel, this inspired him to buy a 4-track tape recorder and start making break mixes and hip hop tunes with local mc's.
In about 1988 started going to raves and clubs like the dungeon, telepathy and then later paradise club (awol) and getting into house and early breakbeat and djing at parties and raves staying with the music as it evolved through hardcore, jungle to drum and bass.
In 1996 Nucleus started making tunes with Devparadox for nine bar records, made 2 12's and 1 album as "noise and paradox."
In 97 the duo started recording for th legendery Reinforced records with a 12" "Esoteric funk/places and spaces" as "Nucleus and paradox " and a track past, present, future on the Enforcers Lp.Followed by another 12" "this side of fore ever/decompositions".At the same time releasing a12" on" 720 records"(goodlooking) "the nautilus"and "Nexus records"(good looking) "Project 2/Persistence of vision" as "Alaska and Nucleus".
The duo worked on various remixes including "4-Hero" for talking loud and James Hardway. The next 12" was "who? What?/No spaced place" for Reinforced in 2000.followed by tracks as Nucleus on the deadly chambers Enforcers Lp and a 12" on Reinforced called "Gravity point/ Flim flam" and a track "suspended animation" on the Scattered Snares lp on Marc macs Twisted funk label.2000 also saw the release of 2 bboy break mixtapes with Break dj Leacy.
Over the years Nucleus has Djed at various events in Germany,France,Holland,Hungary,United states,Russia,Croatia,Australia,Switzerland,Norway and UK playing drum and bass,funk,jazz,hip hop,house,disco,breaks,broken beat etc,and can be found playing at various clubs/bars/parties in London.
2002 saw the return of nucleus and paradox with 12"s on US label Offshore,Paradox music, the Esoteric funk lp on Reinforced, and the creation of "Esoteric", a label exclusively for Nucleus/ Paradox material.
September 2005 saw Nucleus and Paradox debut 12" on Metalheadz ,12bit/Aragon.
2007 also saw the creation of Styles,Nucleus and Dj Trax monthly all nighter in london,featuring a mix of funk ,hip hop,disco,house,broken beat and anything else with the funk.
Esoteric is going strong into 2008 with 10 releases,getting excellent reviews and regular plays by many of the scenes top djs including Goldie,Flight,Marky,Marcus intalex.
2008 is set to be a busy year with various gigs around europe and a US tour with Dj Trax in the pipeline.

Nucleus is a jam band from Humboldt County California.

Hailing from Humboldt County, California, Nucleus has been crafting its unique sound for over seven years on the road. Originally conceived as an acid jazz/fusion project in 2000, Nucleus has played over 500 shows around the country from bars to festivals and everything in between. Morphing into a rock trio in 2003, Nucleus continued to hit the road hard and accomplish eveything on their own drive and determination. After a few years making a name on the east coast, the band returned to Northern California to pursue its next phase of evolution. The band built a studio and began producing its own albums, kicking off with 2005's The Art of Reaching. Longtime collaborator/keyboardist Brian Swizlo joined the band during this time and the latest incarnation of Nucleus was formed. Swizlo has been an in-demand fixture of the Humboldt music scene since the 1990s as well as an L.A. session player and hip-hop producer with an instantly recognizable musical touch. With continued touring and a maturing sound, Nucleus is wowing broad audiences and gearing up for a promising 2007. With distribution from the Homegrown Music Network, CD baby, Rhapsody and itunes, Nucleus is steadily growing and widening its audience. Nucleus has released five albums to date with the sixth, Love and Gold scheduled for release in Summer 2007.

Nucleus were a Progressive Rock band, based in Sydney Australia from 2005-2009. They have since changed their name to 'Breaking Orbit'.

The Art of Reaching

Out Of The Long Dark (Vinyl)