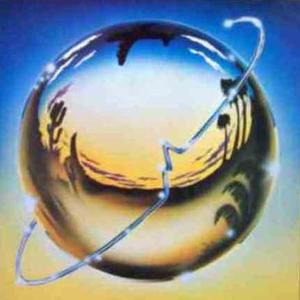 Quantum Jump was a 1970s British cult band, consisting of keyboard player and singer Rupert Hine, guitarist Mark Warner, bass player John G. Perry (then of Caravan) and drummer Trevor Morais (ex-The Peddlers). Quantum Jump was formed in 1973 at Farmyard rehearsal studios. The idea for the name came from a conversation Hine had with an ex-Cambridge University friend and filmmaker, Anthony Stern. "He had told me about the relatively recent discovery at Cambridge of the manner in which an electron's energy increases and decreases.

Quantum Jump was formed in 1973 at Farmyard rehearsal studios. The idea for the name came from a conversation Hine had with an ex-Cambridge University friend and filmmaker, Anthony Stern. "He had told me about the relatively recent discovery at Cambridge of the manner in which an electron's energy increases and decreases... not linearly as had been long assumed, but in a discrete step, known as a "quantum". The term quantum "jump" (later to be commonly referred to as "leap") was coined by the Cambridge team. I preferred "jump", as it had more of a "soul / funk" music connotation".

Quantum Jump's sound was, indeed, a hybrid of fusion, funk and jazz rock. The first album was written and arranged in 1973/74, and recorded (with equipment hired from Air London) at Farmyard. Hine produced the sessions, with Steve Nye as sound engineer. The sessions were independently financed by Jeffrey Levinson (of Mountain Fjord) but, explained Hine, after some 18 months of managerial and contractual problems, the rights to the album were sold to The Electric Record Company in 1975. The label's MD, Jeremy Thomas, felt that the song "The Lone Ranger" was a potential hit single if only it had something more "interesting" for the intro. Hine picked up on his remark and sang the longest word in the world (listed in The Guinness Book of Records) a capella, replacing the original intro to the song altogether. The word in question, taken from the language of the Maori, New Zealand's aboriginal people, was the name of a hill in Hawke's Bay, New Zealand. On the record, the word (made to sound as if it were Native American, in keeping with the Lone Ranger and Tonto theme) is chanted as follows:

"The Lone Ranger" was first released as a single in 1976. After it was chosen as Tony Blackburn's "Record of the Week" (the nationwide morning radio show with the highest ratings in the UK at the time), it was banned - some fragments of lyrics were deemed to have "drug" and "homosexual" references. The BBC stopped playing the record and it stalled at Number 26 in the UK charts as a result. This, added to disillusion with the length of time it had taken to get the original record deal and the lack of any really cohesive management, resulted in guitarist Mark Warner's decision to leave and join Cat Stevens' live band.

Quantum Jump soldiered on for a second album, recorded in late 1976 as a trio with the help of various musician friends, most notably Caravan multi-instrumentalist Geoffrey Richardson. Barracuda was released in April 1977, coinciding with the band going out on the road for a couple of UK tours with Roye Albrighton (of Nektar) on guitar. Unfortunately, the album had been expensive to record, and when it didn't sell well enough, Quantum Jump disbanded at the end of 1977.

The band would however make an unexpected return two years later, when a re-release of the "Lone Ranger" single became an unexpected hit. The song had been widely played by Kenny Everett on both his radio and TV shows. Released as a "new" single in 1979, it crept up the UK charts over a period of three to four months, eventually reaching number 3 and selling in the neighbourhood of 500,000 copies. The band (including Mark Warner) reconvened for an appearance on Top of the Pops. A third Quantum Jump album was released to coincide with this unexpected "smash" single. Titled Mixing, it was essentially a collection of the best tracks from the first two albums, albeit heavily reworked and remixed.

Hine went on to become the successful producer of more than 100 albums for artists as varied as Tina Turner, Bob Geldof, Chris de Burgh, The Thompson Twins, Stevie Nicks, Rush, The Waterboys, Suzanne Vega, Duncan Sheik, The Fixx and Howard Jones. He would also appear to form another band in the mid 1980s, called Thinkman, but this was simply another name for his solo recordings. In addition, there is the Soundtrack album Better Off Dead on A&M, Rupert Hine, Cy Curnin (The Fixx), Martin Ansell, Terri Nunn, Thinkman, E. G. Daily. The production is centered on Rupert Hine, and this is the first appearance of Thinkman.