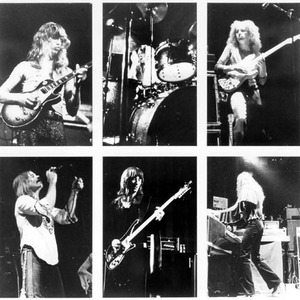 Starcastle was one of the popular and well-respected bands of the American progressive rock of the 70's. This band was known for their Yes influenced epochs in the seventies. This band contained tight epic instrumentation with the somewhat dreamy and fantasy lyrics/singing of Terry Luttrell. Their singer has a [Jon Anderson[-like kind of voice, the vocal perfection beloved by American bands and an instrumental sophistication. The music was original in terms of composition lyrics and performance.

They released four studio albums between 1976 and 1978. Their first two albums for Epic, "Starcastle" and "Fountains of Light", are archetypes of the symphonic sound; utopian, grand, sweeping, intricate, complex and melodic. On later albums, the band changes its orientation and goes towards a direct soft rock with some Yes-like vocals.