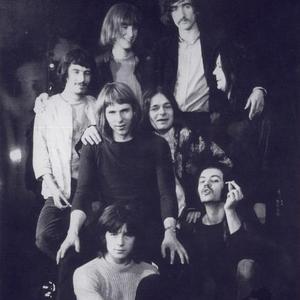 Amon D??l II emerged in 1968 out of the scene of hippies and squatters in Munich, Germany, but their strong interest in music led them to go their own way. They took their name from the old Egyptian name Amon, being an Egyptian sun god, and D??l, a character from Turkish fiction. Their personnel changed constantly, but maybe the most permanent members were Renate Knaup (vocals), Chris Karrer (guitar, violin), John Weinzierl (guitar), Peter Leopold (drums), Falk Rogner (organ, synthesizer).

After several successful albums with a style that reached from long improvisation to more structured rock songs they split. Later they tried several resurrections but none of them brought back the old days of glory.

Amon Duul was initially an anarchist commune, but it split into two factions, Amon D??l I and Amon D??l II. ADI was more politically inclined, but ADII preferred making music. Their anarchist tendencies are clearly seen in their music, especially on the albums Yeti, Tanz Der Lemminge, and Wolf City.

Surrounded By The Bars