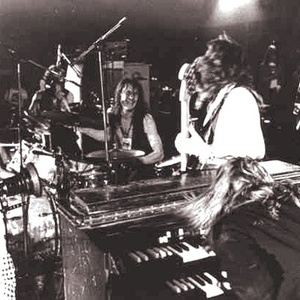 1) german krautrock band Birth Control were formed 1968 in Berlin. In their early years they played hybrid jazz rock compositions, mainly instrumental. They recorded their first album for Metronome bringing to the fore an accent for humour and provoking thoughts (the name of the band and their album covers illustrate it as well). Their second album Operation shows a great improvement in sound, a kind of heavy rock based sound with subtle jazzy arrangements. This album had a great success for the OHR label (specialised to promote the rise of the German underground rock scene).

In 1972 Hoodoo Man was also released for OHR. After several replacements, the quintet recorded Rebirth, a progressive hard rock album. In 1976 Backdoor Possibilities was a commercial failure due to a more mainstream sound and the inclusion of more jazz elements. Increase recorded in 1977 marked a return to the hard rock source. Birth Control came back to light in the 90s for many reunion albums like Jungle Life or Two Worlds.


2) Birth Control are also a newer band from Philadelphia, featuring Sean McGuiness of Pissed Jeans. They play a strange form of punk that embodies anything that defies normality and embraces the unknown. Their music, if capable of being compared to anything/anyone at all, is similar to having your questions constantly going unanswered. Further information and mp3s can be found at: http://www.freelegalhighs.org/ and www.birth-control.de


3) Birth Control was a new wave/minimal synth band from Sweden. They released a cassette entitled Lobotomi on the Swedish label Neuk?ln (NK-008) in 1986.