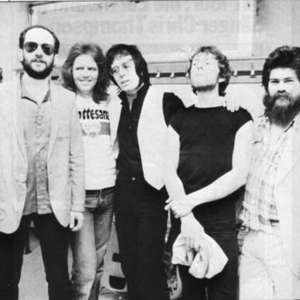 After the demise of the '60s band, Mann went on to write advertising jingles. At the same time he continued to work in the group format. Initially he formed Manfred Mann Chapter Three, an experimental group that evolved into Manfred Mann's Earth Band.

The Earth Band was, from a pop perspective, almost deliberately contrary, but combined the stylistic approach of progressive rock with Mann's keen ear for melody. Mann's interest in English 20th century classical music saw him re-create Gustav Holst's Planets Suite, garnering an unlikely UK hit with a version of the "Jupiter" movement that had lyrics added and entitled "Joybringer". Their 1973 album The Good Earth tapped into ecological concerns, a recurring theme in Mann's music in later years, and had a free gift of a piece of land in Wales with each album sold.

The membership of the Earth Band was relatively informal; Mick Rogers originally performed lead guitar and lead vocal duties before being replaced by Chris Thompson on vocals and Dave Flett on guitar. Drumming duties were fulfilled by Chris Slade, who was later to be a member of AC/DC and Asia in a long and varied career which perhaps can be summed up by his being released by AC/DC despite being, according to the rest of the band, the best musician in the band. Similarly, the technically skilled bass player Colin Pattenden, after leaving the Earth Band, became a sound consultant, running his own company designing and installing sound systems. There was much about the Earth Band that was potentially successful, but the contrariness of the band's approach and Mann's perfectionism meant that albums frequently came out with different track listings in different territories, or in alternative versions.

The breakthrough for the band in the US came when they had a No. 1 pop charts hit in early 1977 with Bruce Springsteen's "Blinded by the Light". While the Springsteen original from 1973's Greetings From Asbury Park, N.J. album has a folky, acoustic sound, the Manfred Mann's Earth Band version is driving rock, combining Mann's Moog synthesizer and organ work with Flett's guitar. Manfred can be heard singing at the end of "Blinded By The Light", in the round, with Thompson - it was this feature of the song that initially attracted him. The band took advantage of the publicity and re-released another Springsteen song, "Spirit in the Night", which had been recorded the previous year on Nightingales and Bombers, originally with Rogers on vocals although for some territories it was re-recorded with a vocal from Thompson.

Nightingales and Bombers, The Roaring Silence, and Watch are considered the highlight of the Earth Band's achievement. Watch produced another hit single in "Davy's On The Road Again", and the albums were innovative and original despite the dependence on covers of other artists' songs. Nightingales and Bombers took its title from a World War II naturalist's recording of a nightingale singing in a garden as warplanes flew overhead; the recording appears in a track on the album. Roaring Silence featured a guest appearance by jazz saxophonist Barbara Thompson, and Watch included two stand-out recordings from the bands live performances of "Davy's On The Road Again" and "Mighty Quinn".

Flett left before 1979's Angel Station to be replaced by Steve Waller, sharing the vocal duties with Thompson who was also intent on pursuing a solo career. 1980's Chance showed a move towards a more electronic approach, and produced several cuts that were hits in the UK and/or saw significant airplay in both the US and UK. The songs "Lies (All Through The 80's)", "Stranded", and "For You" (another Springsteen song) still receive significant airplay over 25 years since their release.

Mann became very active in the international anti-apartheid movement, and was banned from entering South Africa, the country in which he had been born. Instead members of the band made journeys to South Africa to record African musicians for the album Somewhere in Afrika, pre-figuring Paul Simon's Graceland. The album included a cover of The Police's "Demolition Man" and a well-received version of Bob Marley's "Redemption Song", which remains in the band's set today. American versions of the album also included Ian Thomas's "The Runner", whose music video had images of the Munich and Montreal Olympic Games, and which enjoyed much airtime in the lead-up to the Los Angeles Olympics.

Manfred Mann's Earth Band has continued recording to the present day, covering tracks by artists as varied as Paul Weller, Robert Cray, Del Amitri, and The Lovin' Spoonful. Mann has also released a solo project, Plains Music, based on Native American music, and his latest album, 2006, includes collaborations with the German rapper Thomas D and tracks featuring the music of, amongst others, the Super Furry Animals. The Earth Band remain active in live performances in Europe, with a line up that includes both Manfred Mann and Mick Rogers.

Most of the band's albums have been re-released in recent years and a 4-CD set featuring many previously unissued versions of tracks was released in August 2005. This includes material from the unreleased (and thought to be lost) Manfred Mann ChapterIII Volume 3 album and the first Earth Band album, Stepping Sideways. The fourth CD in the package includes both unreleased studio material and live performances.

Return To The Better