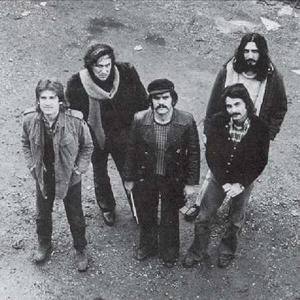 Area is a name shared by many artists: 1) an Italian avant-prog band; 2) an American '80s dream pop band; 3) an American techno house producer; 4) a Norwegian rapper; 5) a Macedonian pop rock band; 6) a German power metal band; 7) a British indie band; 8) a Japanese singer. 1) AREA international POPular group, most commonly known as Area, is an Italian avant-prog and jazz fusion band formed in the end of 1972.

1) AREA international POPular group, most commonly known as Area, is an Italian avant-prog and jazz fusion band formed in the end of 1972. They are known for being one of the most important and astonishing combos in their genre of all times. They have been compared to Gentle Giant for the extreme complexity combined with an elegant and debonair use of polyrhythms; but they had a stronger attitude in managing middle east musical structures and elements, from odd rhythms to the use of tone fourths. And any of these elements are always jointed by a free-jazz attitude and even electronics.
They were left-wing fine intellectuals and coupled their very high level compositions with poetical and elegant lyrics, criticizing conservative model with metaphors and rhetorical figures, avoiding gross and bold attacks such as left-wing punks usually did; or joking about philosophical statements, again with a lucid and brilliant style.
First asset was: Demetrio Stratos (singer and lyricist), Giulio Capiozzo (drums and percussions), Patrick Djivas (bass, later leaved for Premiata Forneria Marconi and was substituted by Ares Tavolazzi) Eddie Busnello (saxophone, flutes), Johnny Lambizzi (guitar, later was substituted by Paolo Tofani), Leandro Gaetano (piano).

2) Area was an Illinois-based dream pop band, formed in 1985 with a lineup of Steve Jones, Lynn Canfield, and Henry Frayne. After the band went on hiatus in 1990, Canfield and Frayne formed another band, Moon Seven Times. Frayne is currently in Lanterna, and Canfield has been a member of Shotgun Wedding. Four of the band's albums have been reissued by Projekt Records.

3) Area is the deep ambient house and techno recording alias of Chicago-based DJ m50. Has released on labels like FK's Wave Music, echospace [detroit], steadfast, Mathematics, and his own label Kimochi

4) Area is a rapper from Bergen who has worked a lot with producer Hkon and rapper OveLution. He was previously a member of the groups Rejects and V&aring;gard's hollaback crew.

5) Area are a Macedonian pop/rock group, also tagged in Cyrilic as ????.

6) Area was a power metal band from Germany that released two albums namely, "Twilight" and "The Falcon".

8) Area is a Japanese emo singer.

9) AREA is a rapper from the burbs whose mixtape '2 Fingers' was just featured on Hotnewhiphop.com

10) AREA is a post rock band from Bordeaux, France.