Hatfield And The North 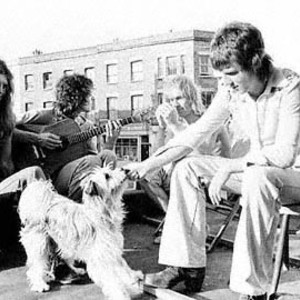 Hatfield and the North was an experimental British rock band from Canterbury, England, that lasted from October 1972 to June 1975, with some reunions thereafter. Part of the "Canterbury scene" the band grew out of Delivery, Matching Mole, and Caravan. Members were Phil Miller (guitar, from Matching Mole), Dave Stewart (keyboards, Egg, National Health, Bruford, and his own albums with Barbara Gaskin), Pip Pyle (drums, from Gong) and Richard Sinclair (bass and vocals, from Caravan).

Hatfield released five albums, the first three on Virgin. The five albums are: 1973's eponymous effort, 1975's The Rotters' Club, 1980's now-deleted compilation Afters (of which the new bits have been tagged onto the end of The Rotters' Club CD), 2005's radio sessions/live compilation Hatwise Choice, and 2006's radio sessions/live compilation Hattitude,. The latter two are available only from Burning Shed. The group split in 1975 because of overwhelming indifference. It re-formed briefly in 1990, and again in 2005, with the possibility of new material being issued.

The name of the band was inspired by the road signage on the main A1 road heading north from London, where the a succession of signs referred to the first major town, and the overall direction, as 'A1 Hatfield & the North'. This style of sign from the 1970s has now been replaced by a slightly different variant.

Hatfield And The North (Remastered)

Hatfield And The North