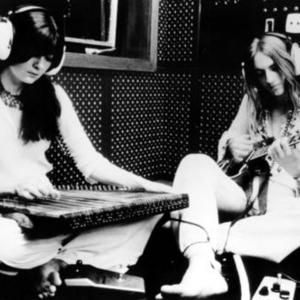 Ash Ra Tempel are one of the most notable German Krautrock groups of the 1970s, and are a notable example of cosmic or space rock. The group was originally founded by guitarist Manuel G?ttsching, keyboardist/drummer Klaus Schulze, and bassist Hartmut Enke in 1971. All three founding members had previously played together as part of the short-lived group Eruption founded by Conrad Schnitzler. Prior to that Schnitzler and Schulze had worked together in Tangerine Dream.

A short-lived project Manuel G?ttsching had in 1970 was the Steeple Chase Blues Band, which also included Hartmut Enke, Wolfgang M?ller, and Volker Zibell.
Ash Ra Tempel released its self-titled debut album in June 1971. This release is considered by critics to be a classic of the genre; Schulze temporarily departed for a solo career shortly after its release. Schwingungen (1972), Seven Up (with Timothy Leary) (1972), and Join Inn (1973) are all considered key works from the band. The pop-oriented 1973 album Starring Rosi was thus named because it featured lead vocals by Rosi Mueller.
Their music is widely characterized as cosmic and atmospheric. The early albums were more psychedelic-oriented and all had one lengthy track per side: one more powerful and dramatic, the other of a more atmospheric nature.
ART's last concert performance took place in Cologne in February 1973.
Later, after recording the soundtrack Le Berceau de Cristal (1975; unreleased until the 90's) Ash Ra Tempel shortened its name to Ashra, making a more melodic, synthesizer-based music. In 2000 the band was reborn. Joined by longtime colleague Klaus Schulze, the album Friendship was released.
Ash Ra Tempel has exerted a relatively large influence on later space rock and krautrock bands. The psychedelic bands Acid Mothers Temple and Hash Jar Tempo named themselves in reference to Ash Ra Tempel and so, possibly, did the Ozric Tentacles.